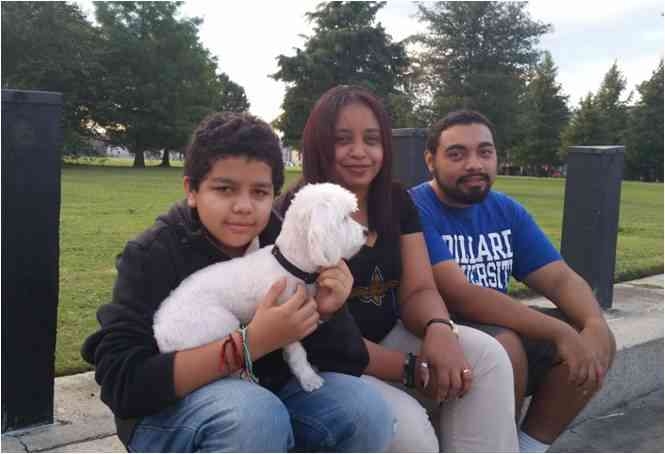 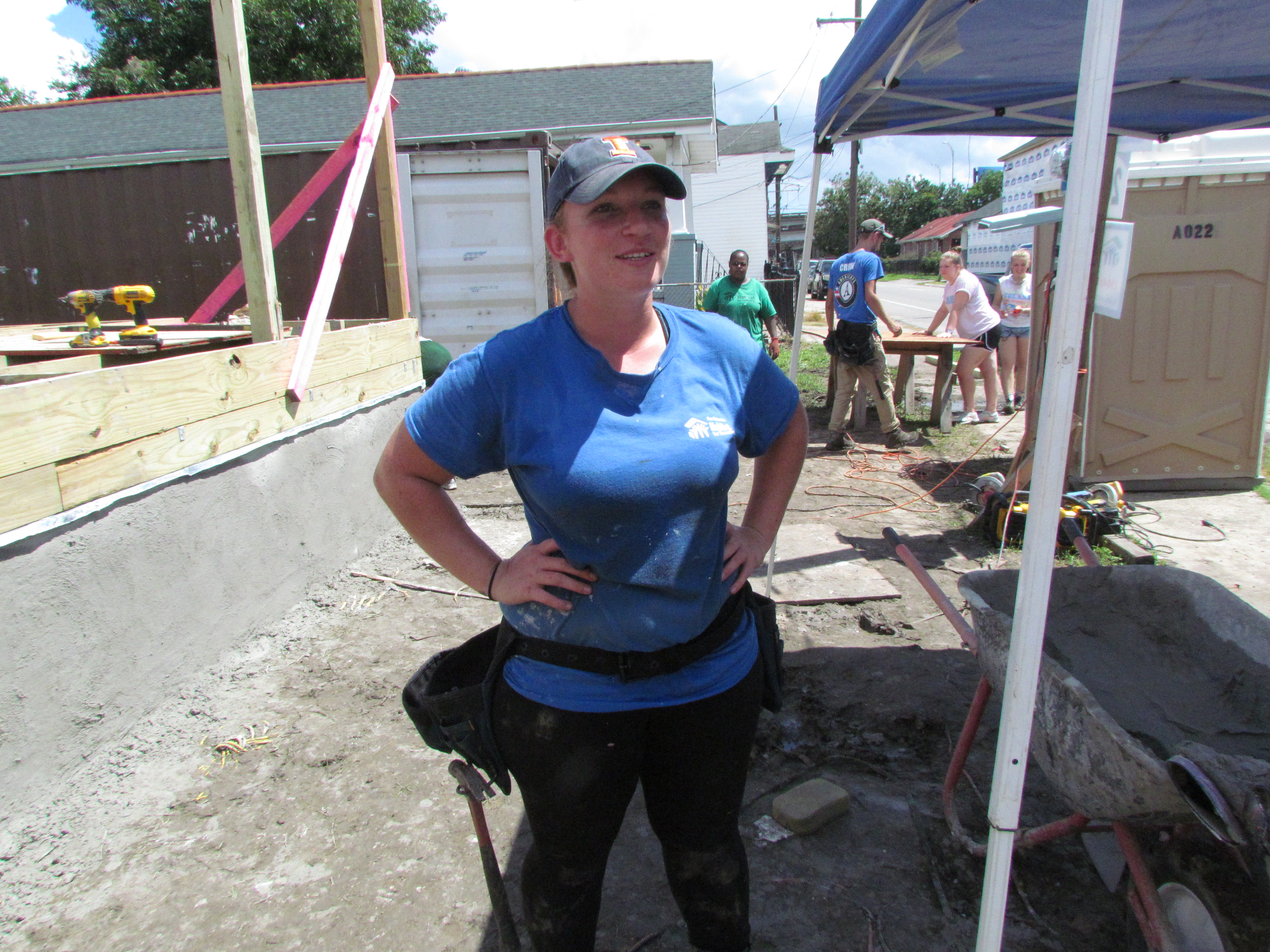 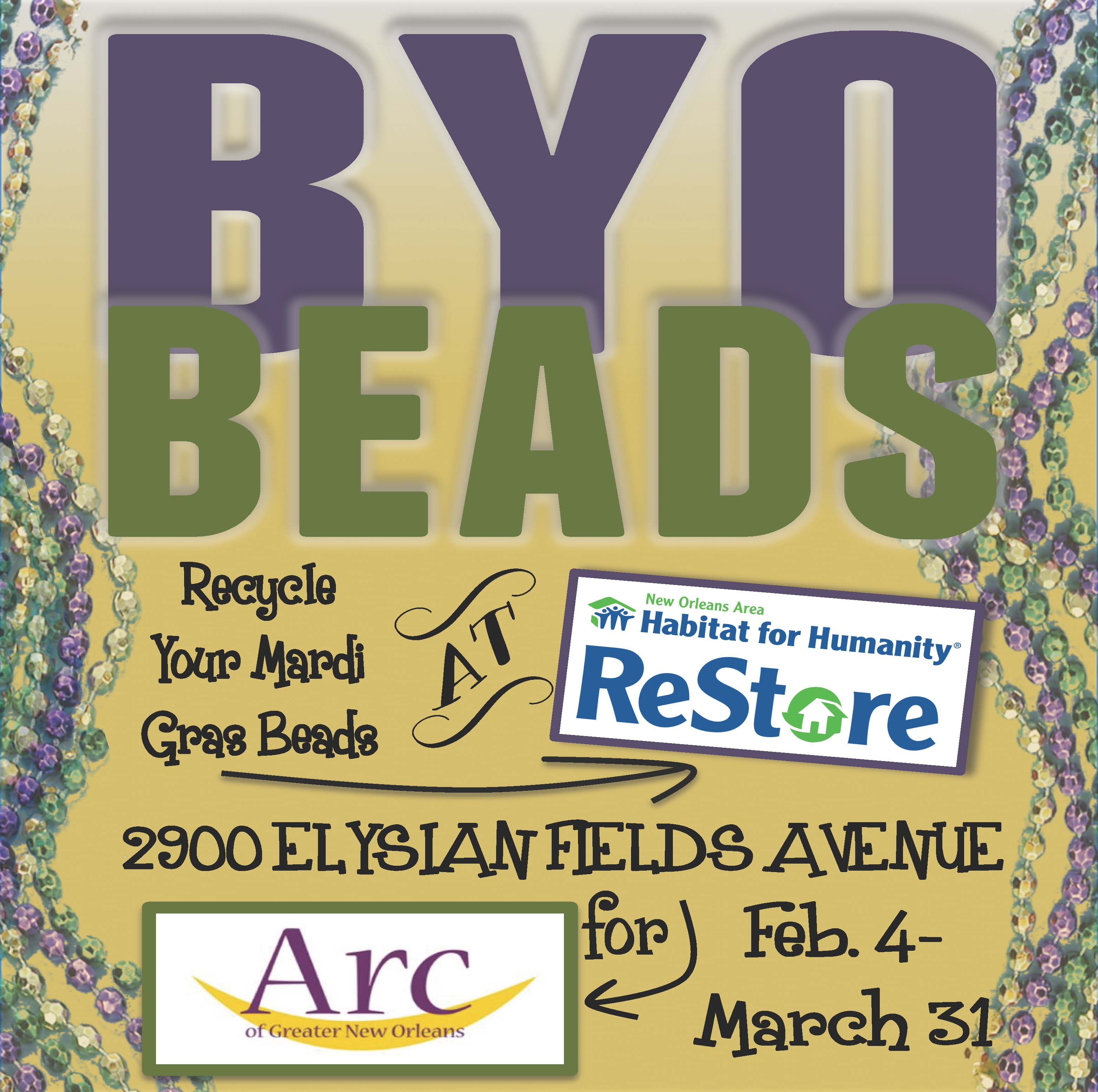 NOAHH is excited to announce that we will be partnering with the Federal Home Loan Bank of Dallas (FHLB) and State Investors Bank to bring affordable home repair to a dozen local families. The Special Needs Assistance Program (SNAP) is a program run by the FHLB that provides funding for home repair projects for those who might not otherwise be able to complete them, making it a natural fit for our A Brush With Kindness program. NOAHH took this opportunity to address several larger projects that have greater than usual needs.

The homes are located throughout the city, from Hollygrove to New Orleans East, from Central City to the Upper Ninth Ward, all in areas where NOAHH has built many new homes. The program helps homeowners whose homes need repairs that are beyond their means or resources at the time, allowing them to remain in the homes they’ve lived in for years. In a way, our ABWK partner families are the mirror image of the partner families in our homeownership program. ABWK families have reaped the benefits of homeownership, and their storied history and deep love of their homes is the future our home-buyer families will one day have. Many of these homes were passed down from parents and grandparents, and some ABWK partners have been in their homes for decades. 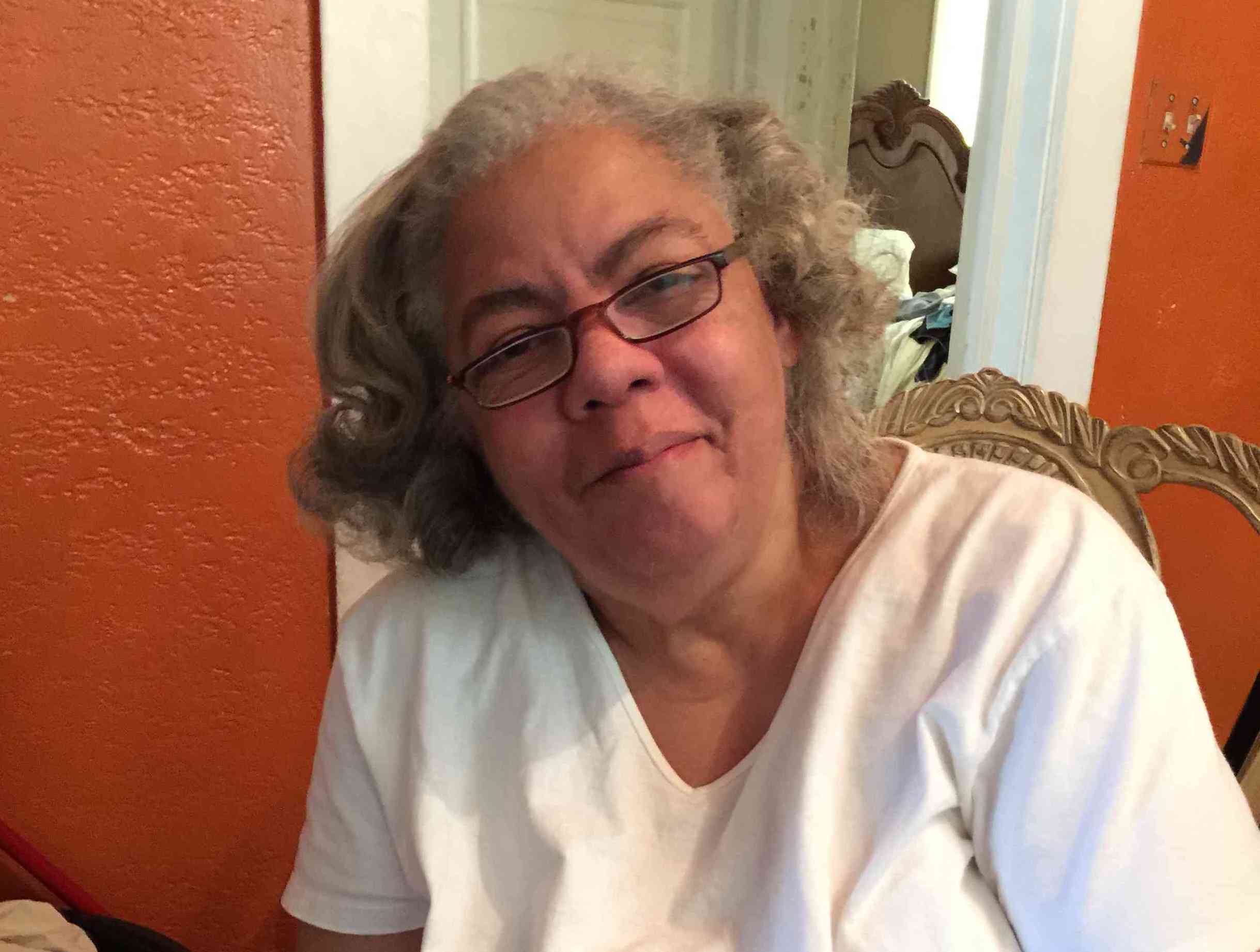 Many of the ABWK partner families who will be funded by this program are in homes that have been in their families for a long time. JoAnn Evans‘ home of 25 years is the same her parents lived in. She loves the original details, like the ceiling and built-in cabinets on her dining room columns, and she loves the neighborhood where all three of her children were raised. Pearl White‘s home, which she shares with her sisters, belonged to her grandmother, for whom she is named. Because of this, and the fact that she grew up in the home, it holds tremendous sentimental value for her. Her goal is to make sure the house always stays with her family. After Katrina brought 8.5 feet of flood water into her home, she evacuated for a few weeks to Alabama before returning and working as an inspector with hauling and cleaning crews. 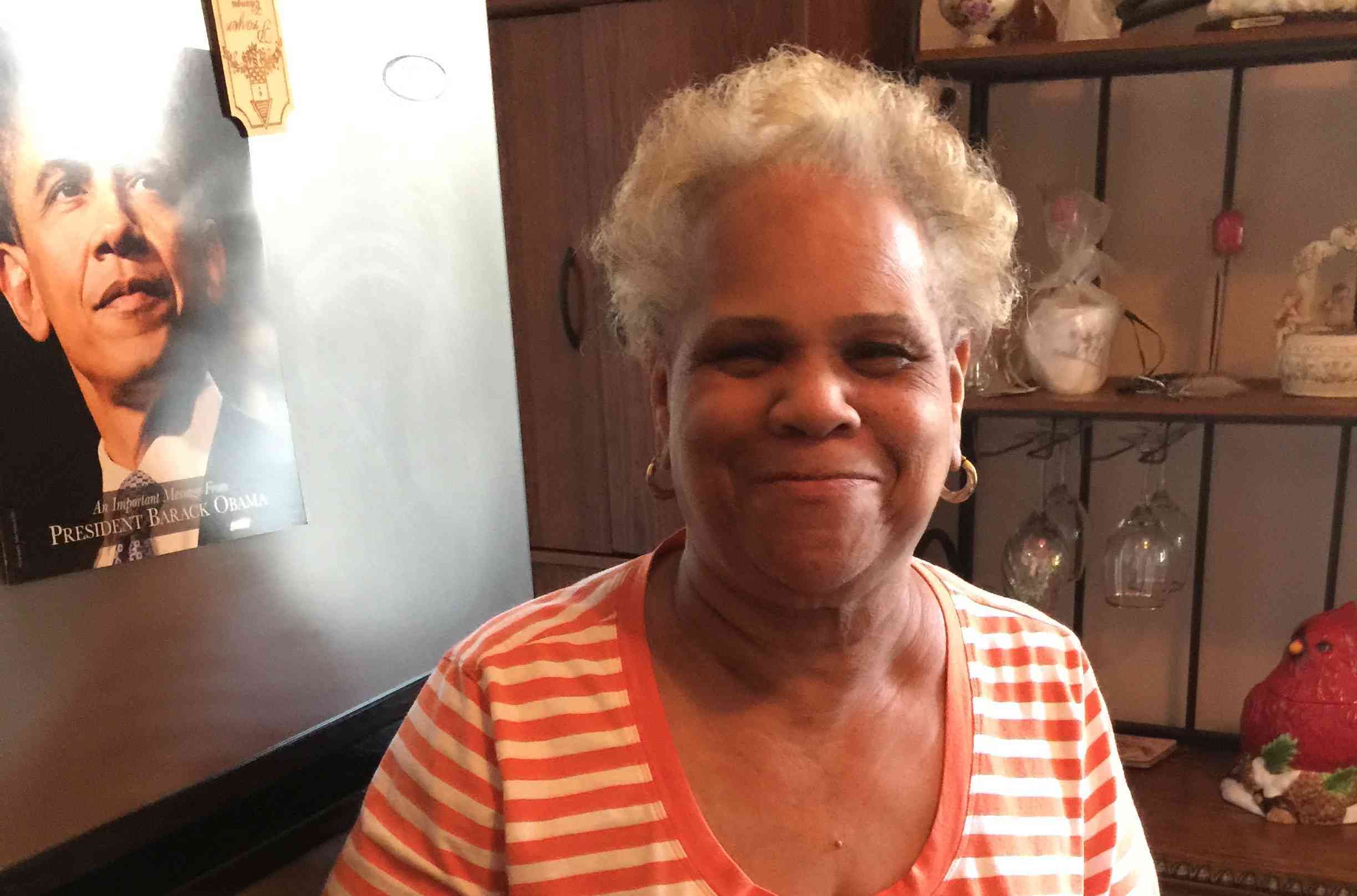 Iris Wilson‘s home of 15 years belonged to her brother before her. After it took on water up to the window sills during the storm, she returned and gutted it herself. Her neighborhood is home to many of her family members, and she worked hard to return less than a year later so she could be nearer to them. And Barbara Thibodeaux has lived in her Central City home for 60 years, except for a brief period after Hurricane Katrina while the roof was replaced. It is the home her parents purchased in 1954, that they willed to her in 1987. She followed in her mother’s footsteps and raised two children in her home while working at St. Charles General Hospital. These homes are legacies and symbols of continuity in their lives, and the repair work NOAHH is helping with will help see to it they remain that way.

Many of the stories follow the same pattern: a family bought the home, lived there and built happy memories, and then Hurricane Katrina interrupted their lives. Many lost everything to the storm, and much of what they lost had sentimental and historical value beyond its monetary worth. Flood waters ruined walls and furniture and family heirlooms, winds destroyed roofs and windows and mementos of better times. Moving from the home you have lived in for nearly half a century to a FEMA trailer in the front yard might seem like a small distance, but the red tape, insurance woes, and untrustworthy contractors that plagued the city’s recovery made it seem like miles.

Gwendolyn Smith was born and raised in New Orleans. She worked for 26 years in a local tie factory, working her way up to supervisor before being laid off. For another twelve years, she worked for a machine belt factory before retiring. She has lived in her home for 19 years, where she raised her youngest (of three) boy. She evacuated to Galveston, returning in October to her job, only to find her home had been ruined. She stayed with one of her sons until she was able to move back into her home a year later. 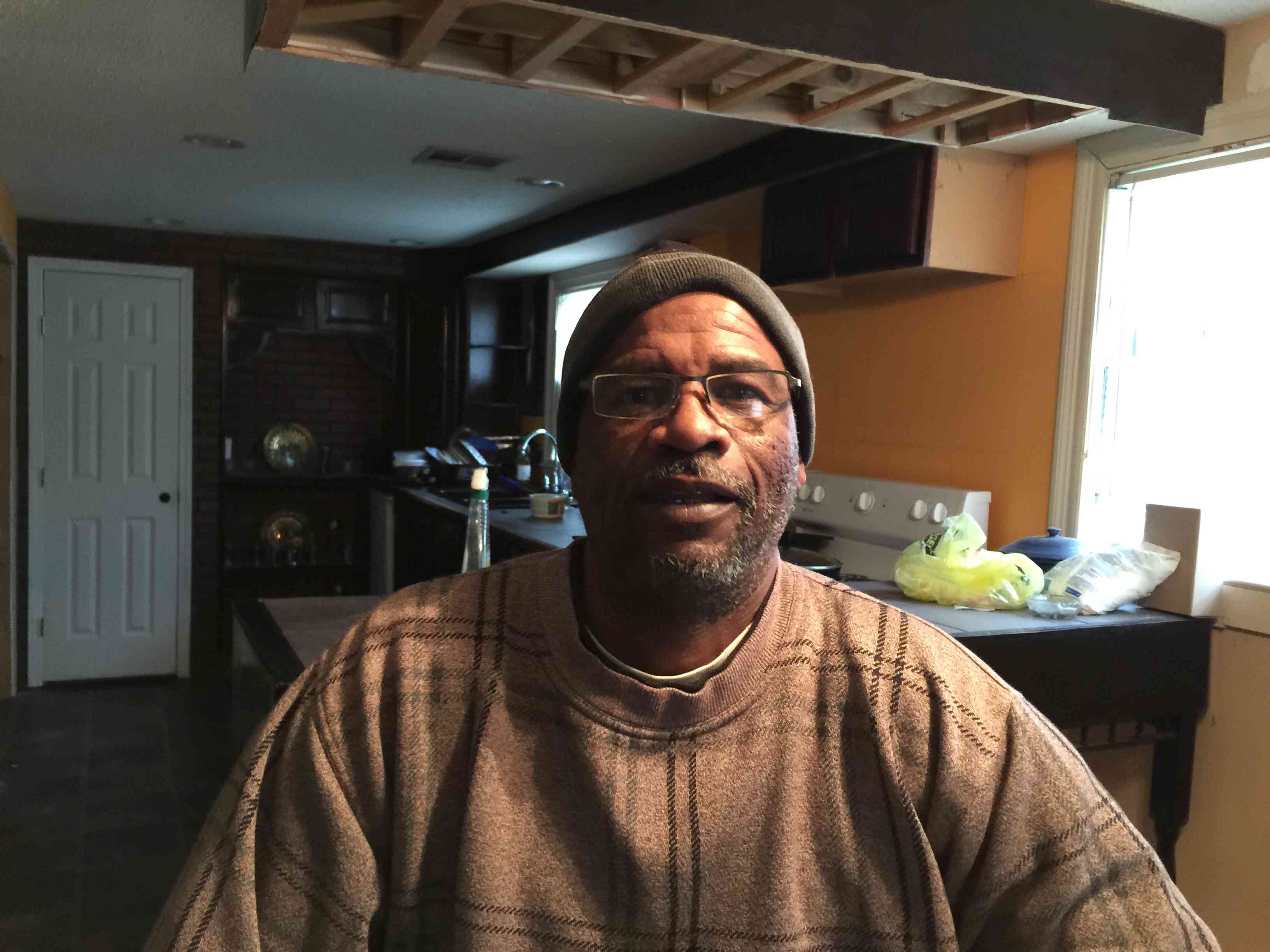 James Bellaney has lived in his home for almost 20 years. He also lost everything to Katrina, and he evacuated to Ohio where he remained for four years, until his home was almost completely rebuilt. He cited many of the benefits of homeownership when speaking of his love for his home.

“If I have to tell you what I love about my home, here we go,” he said. “The location; I have enough space; nice back yard for my dog to run around; and the neighborhood is peaceful.”

Geraldine Angel lived in her New Orleans East home for 30 years before flood waters filled her downstairs during the aftermath of Hurricane Katrina. When her family first arrived in the city, they found a newer neighborhood in New Orleans East to settle in. She recalls driving around and being the first home of their block. After less than a year evacuated to Texas, she moved into the FEMA trailer in her front lawn before finally getting back into the home where her grandchildren grew up. Michelle Jefferson lost her home to 2.5 feet of water that destroyed her walls and appliances. She spent half a year in a trailer before getting back into her house. Eventually, she was able to buy a home around the corner from her mother in Hollygrove, where she has now been for 12 years, allowing her to better help care for her mother and sisters. 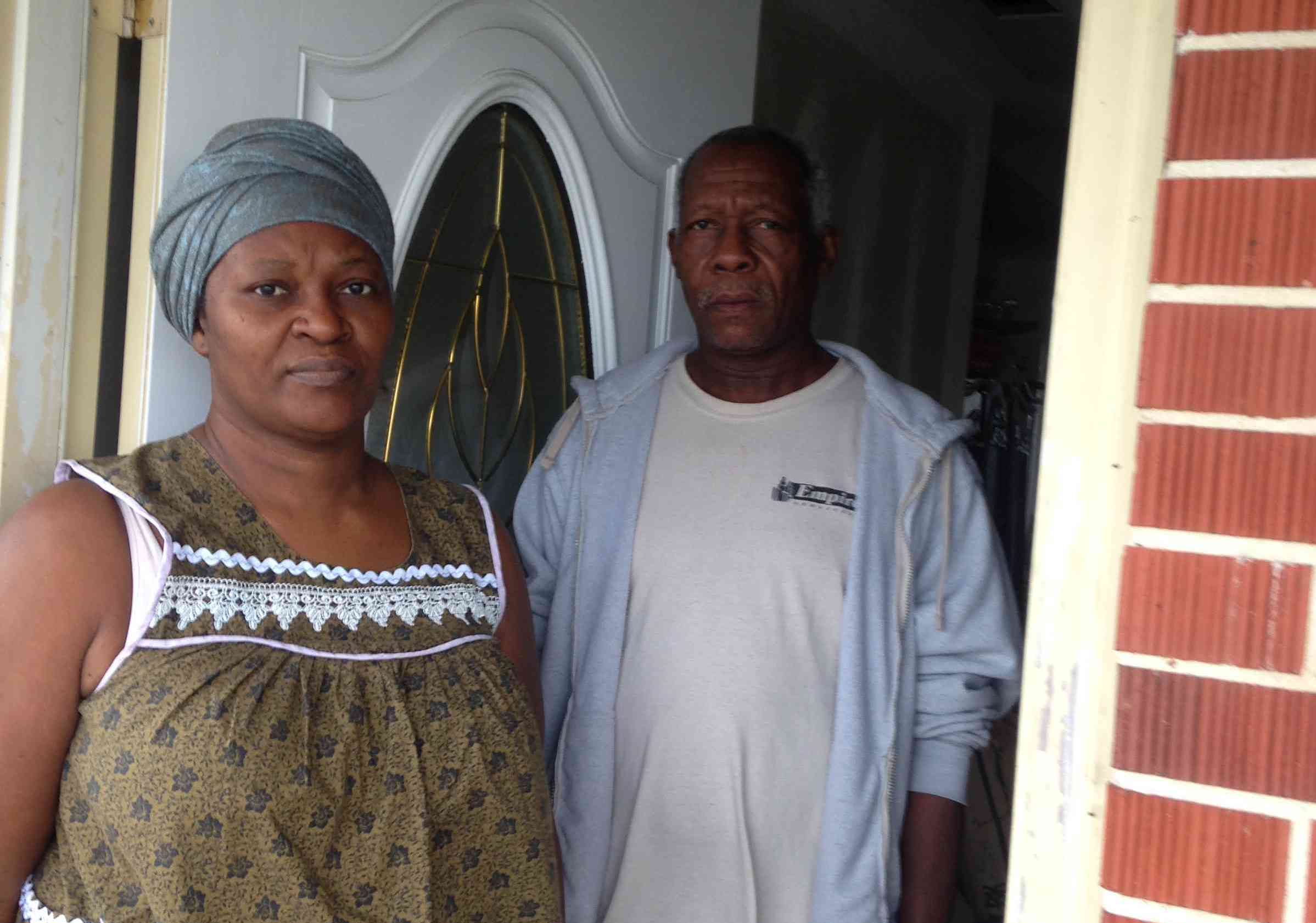 Telva and Eusebio Valencia moved to New Orleans from Honduras (by way of New York). They have lived in their current home in New Orleans East for 14 years. The last of their five children was born in the home. They were forced to evacuate to Houston during the storm, and when they returned, they were forced to live in a rental property as their home was uninhabitable. With bad contractors failing to complete the work, their home remained that way for a long time. They eventuallymoved back in and have begun the final repairs needed to bring their home back to the way it was.

Deborah Bart and her husband bought a lot in New Orleans East in 1958 and built a home there from the ground up. Despite losing everything in the storm and spending a year and a half outside the state and another six months in a trailer, she has spent the last 57 years with that as her home. She worked as a seamstress and raised three children in her home, and she loves her neighborhood. 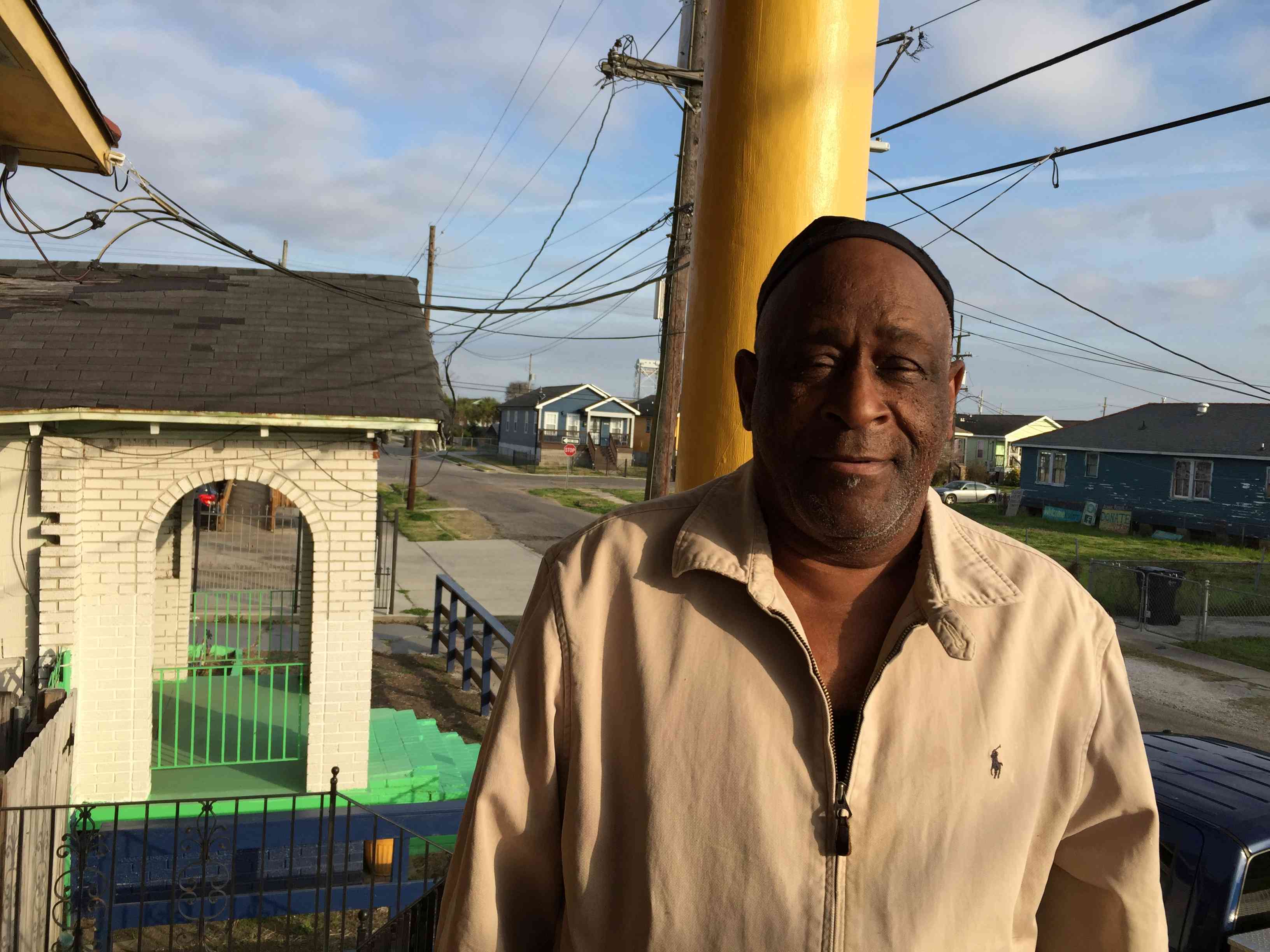 Thomas McMillian and his fiancee Gayle Stewart moved into their Upper Ninth Ward home 25 years ago, with Stewart bringing her three children to live with them. Now, they have nine grandchildren. Though they returned after four months’ evacuation in Texas, it was not until 2007 that they were able to move back in.

Gail Williams‘ father-in-law built the home her husband bought for her 51 years ago. She and her husband raised four children in the home, which she says holds “lots of memories.” They lived in their daughter’s home after Hurricane Katrina. They had eight feet of water and all of their furniture had been destroyed or taken. After they rebuilt the home, her husband, who was a carpenter, died in 2008. Gail now spends her time with her 11 grand children and five great grand children (with “two more on the way”!).

These families all share a long history as New Orleanians, working hard as nurses, housekeepers, construction contractors, physical therapists, and more, facing hardships during the years after the storms, and finally, seeking to maintain the sense of belonging and stability that comes with homeownership despite the obstacles of disability and age. Whether it is the affection associated with bringing up children there, or the community that comes of living in the same neighborhood for so long, or the utility of living close to one’s work and family, the homes of these families have qualities that are meaningful and important. Thanks to FHLB, State Investors, and the SNAP program, these twelve families will hold onto that much longer.”