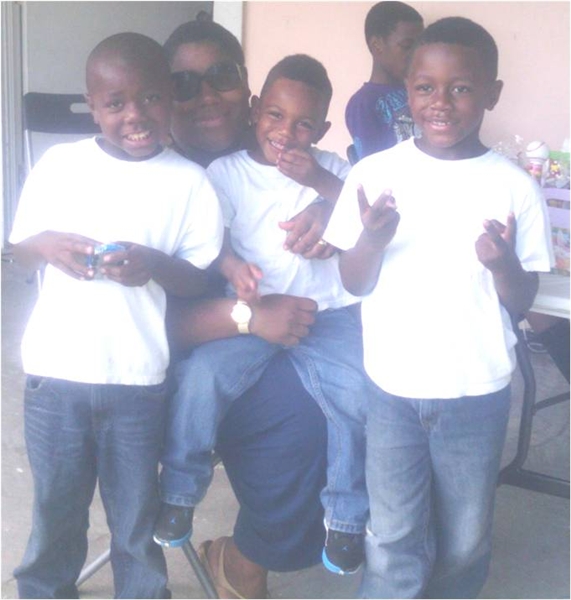 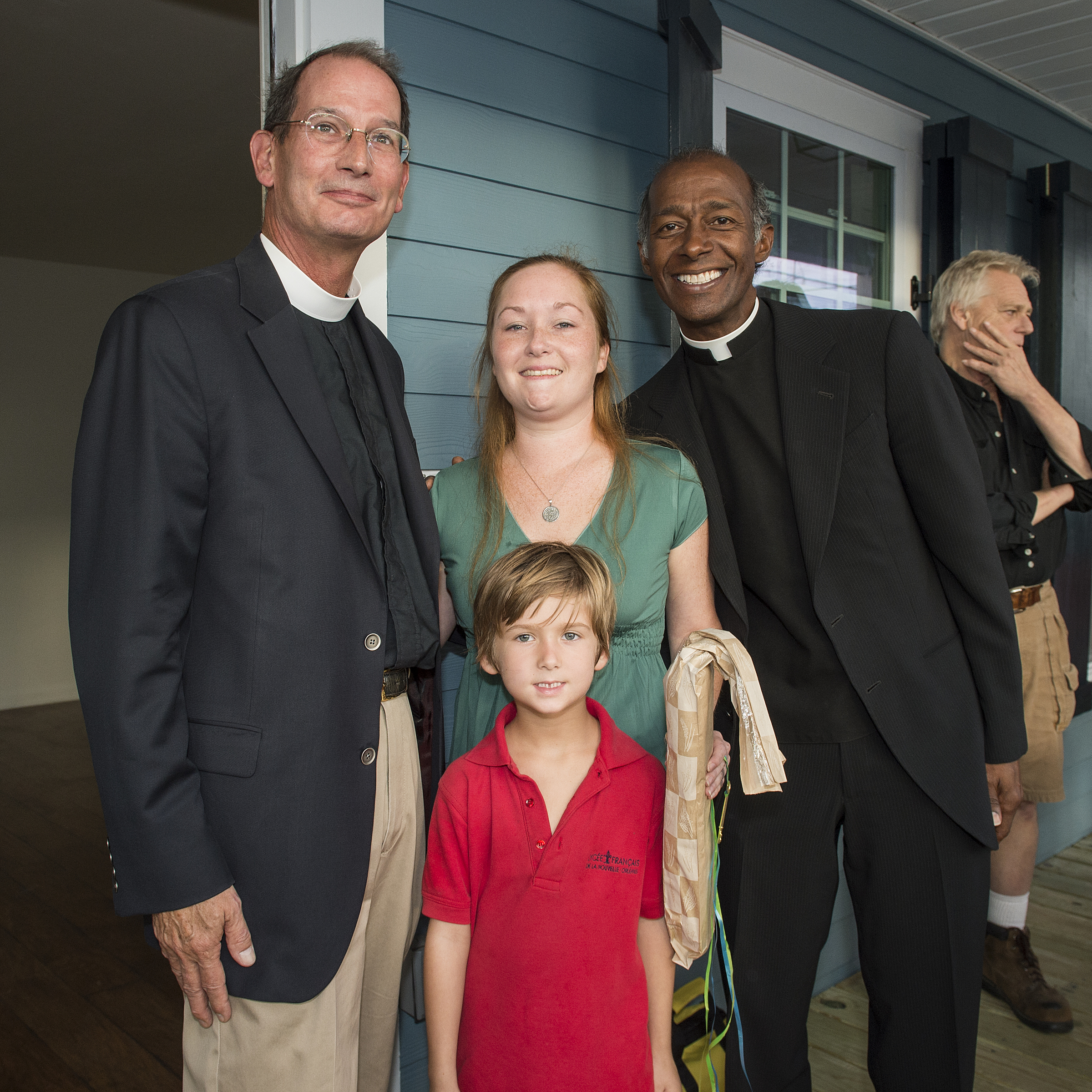 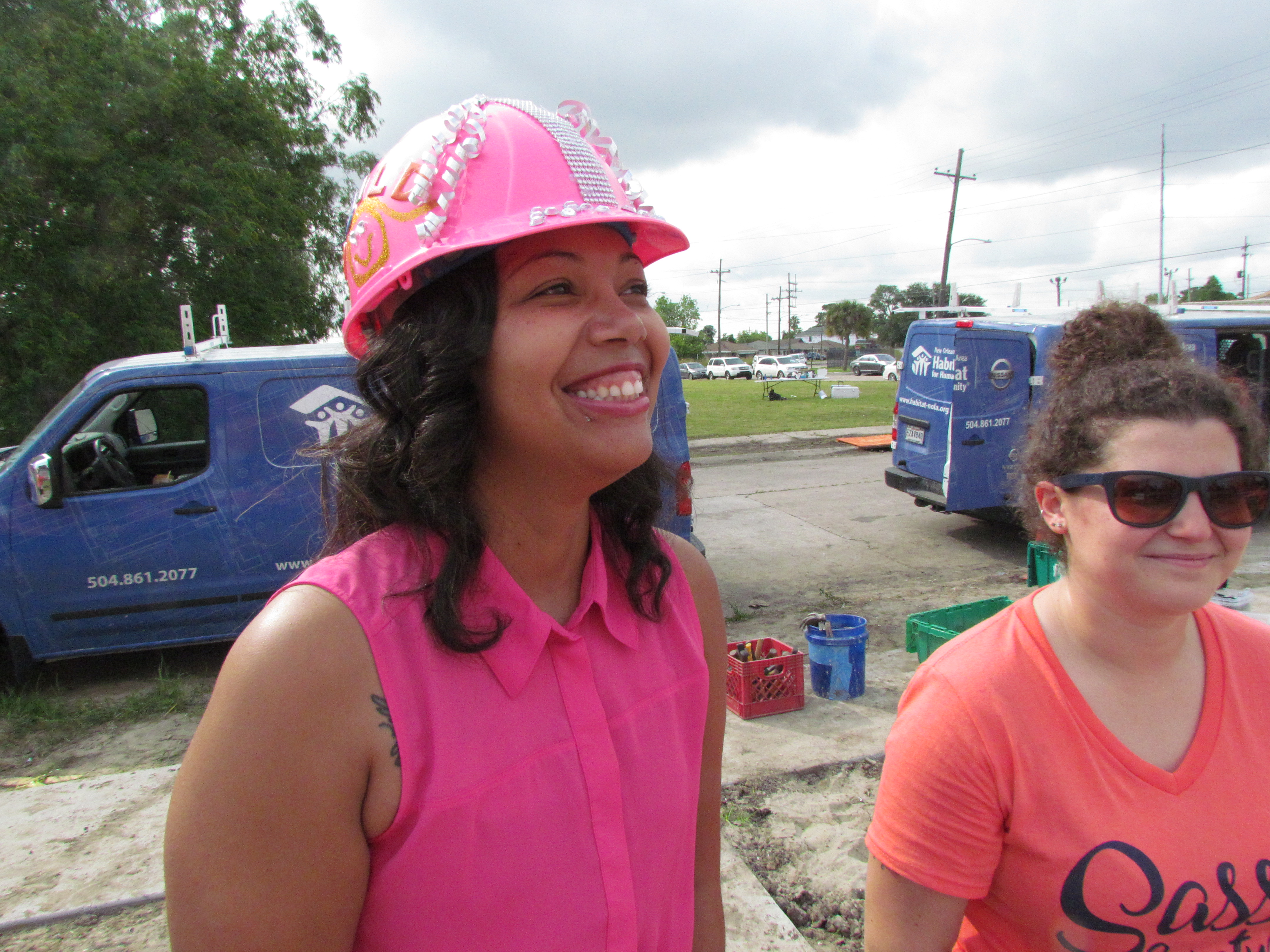 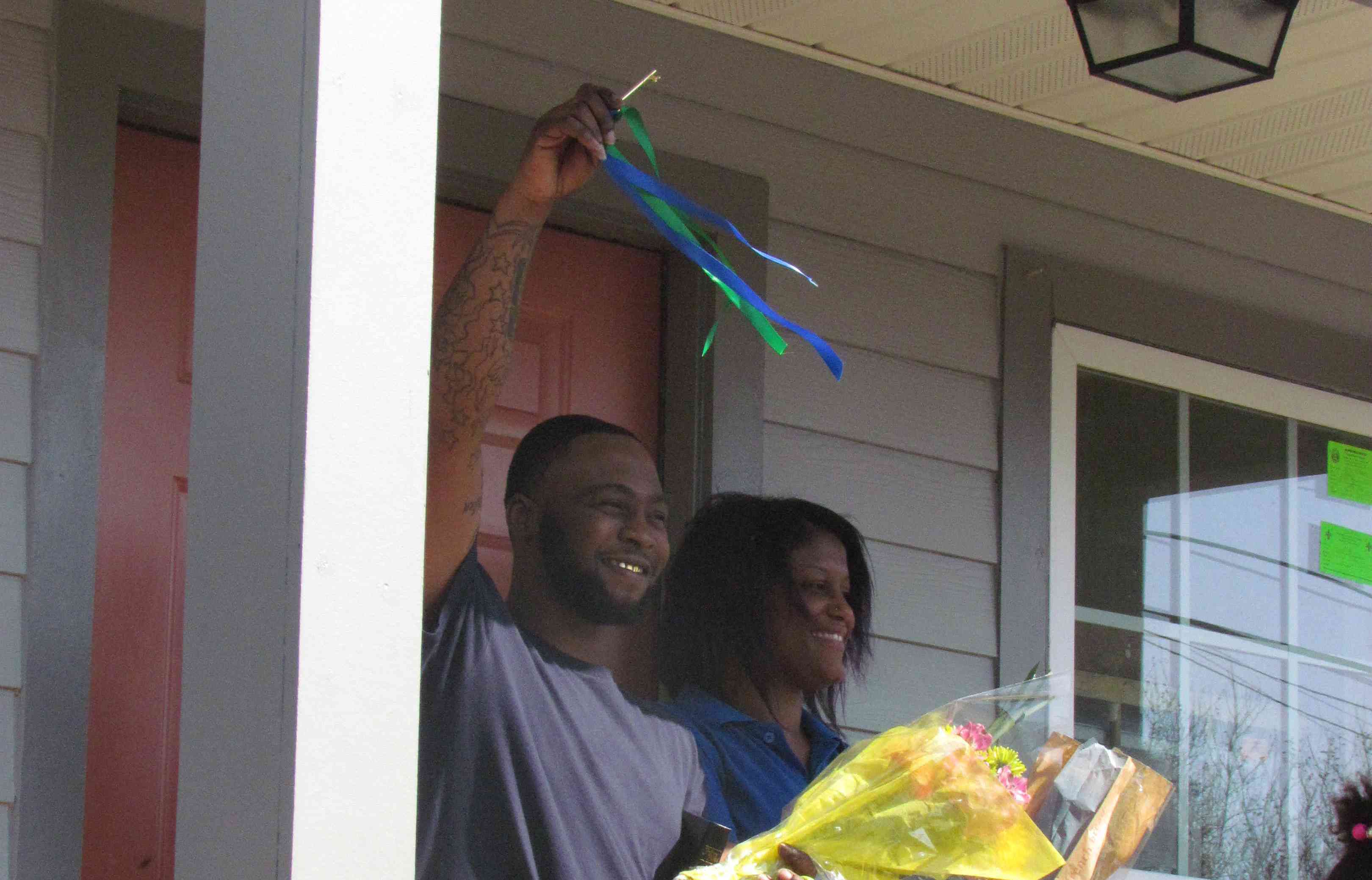 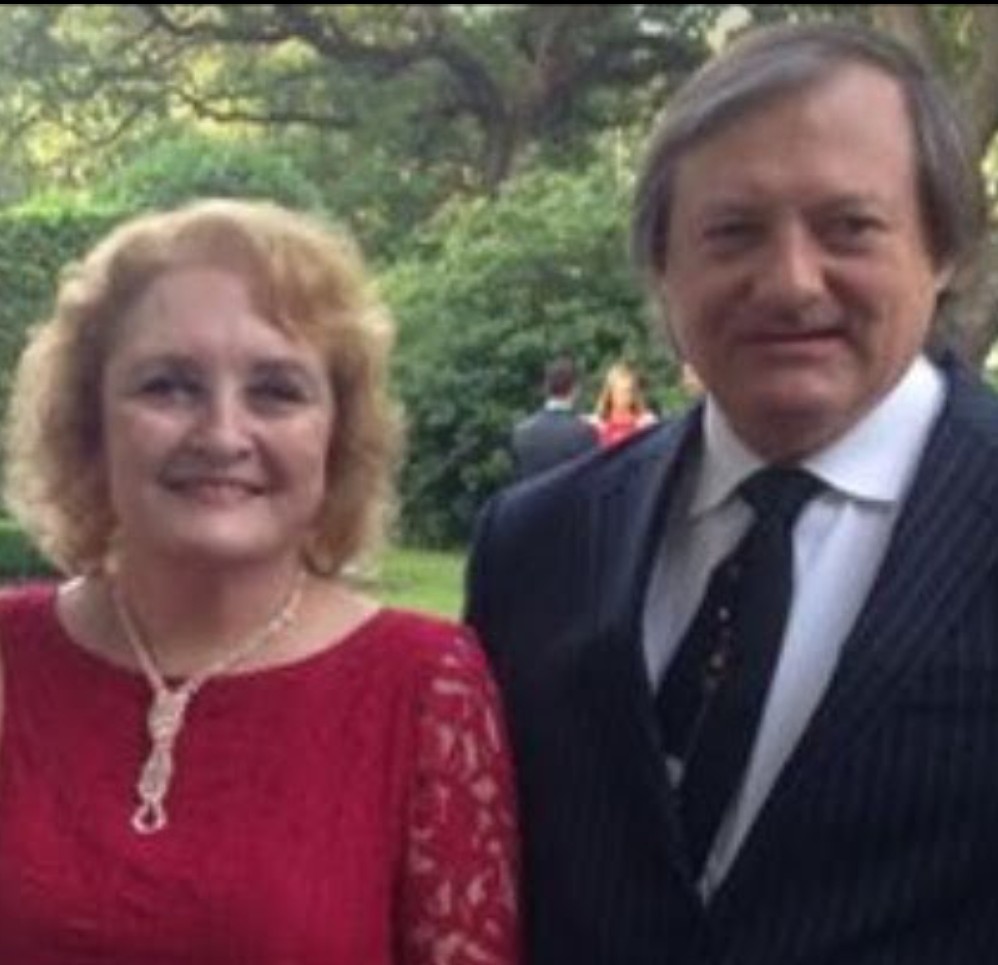 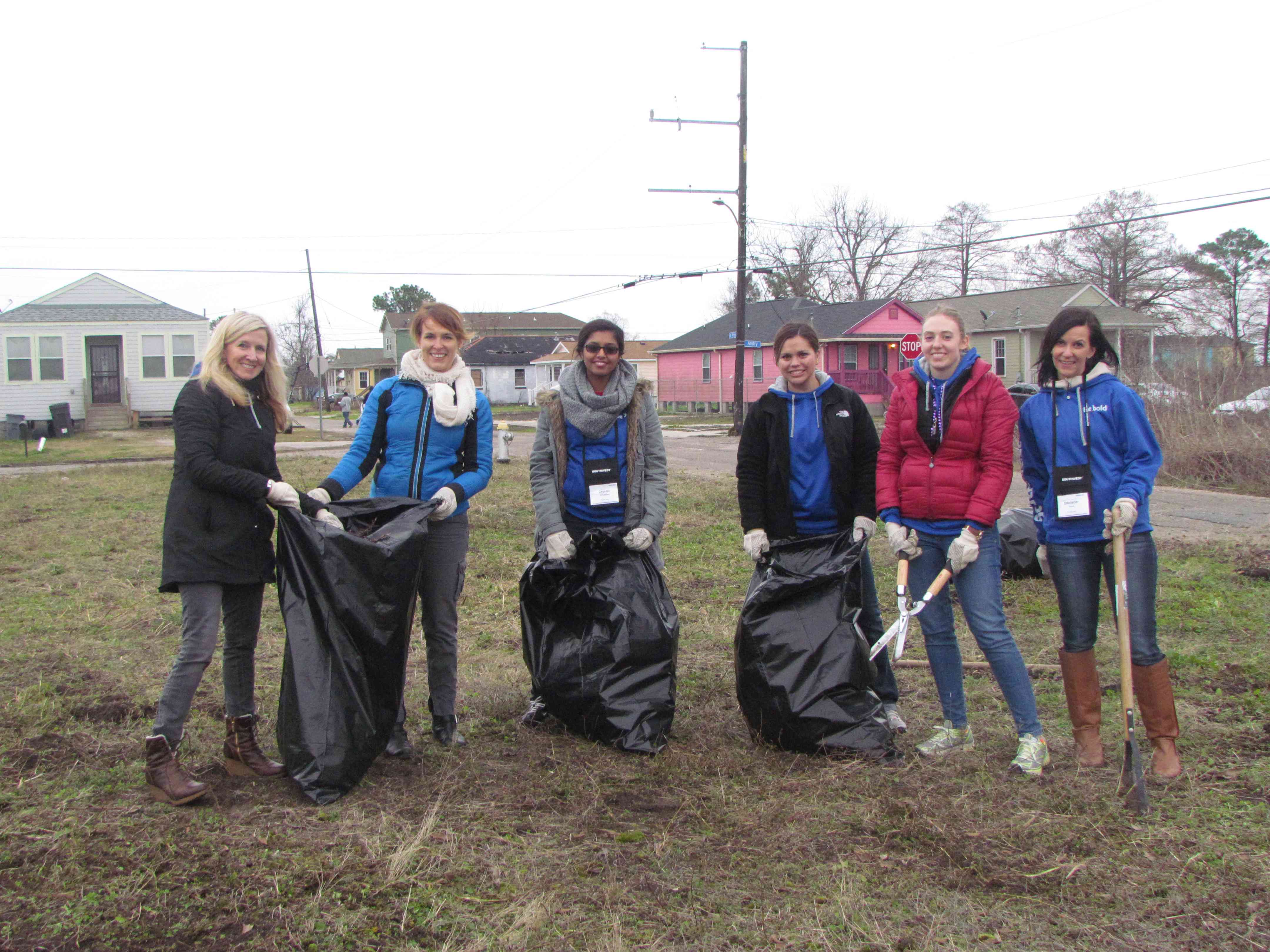 As one of the earliest conventions to return to New Orleans after the storm, and one of the earliest airlines to start running flights to the city as well, Southwest Airlines has a history of supporting the city. On Wednesday, January 14, 250 Southwest employees, executives, and partners joined NOAHH in the Lower Ninth Ward for an Attack the Block neighborhood revitalization event to continue their efforts to support the area. Many of the volunteers had previously visited in 2006, only five months after Hurricane Katrina, during their convention, and though there’s still much work to be done in the Lower Ninth, the difference of nine years was evident in the homes now occupied and the businesses now open once more.

Executives Megan and Kristen spoke with NOAHH while clearing brush on a lot on N. Dorgenois. Every January, the Southwest team takes some time out of their annual meeting to make a difference wherever they’ve stopped. In 2006, they helped pick citrus in Plaquemines for a charity food drive. Being early volunteers meant they saw a lot of the damage of the storm even a few months later. On their return visit, they contributed to the ongoing recovery in the Lower Ninth Ward and expressed their excitement to be working hands on and seeing results–both from their own efforts and around the neighborhood. 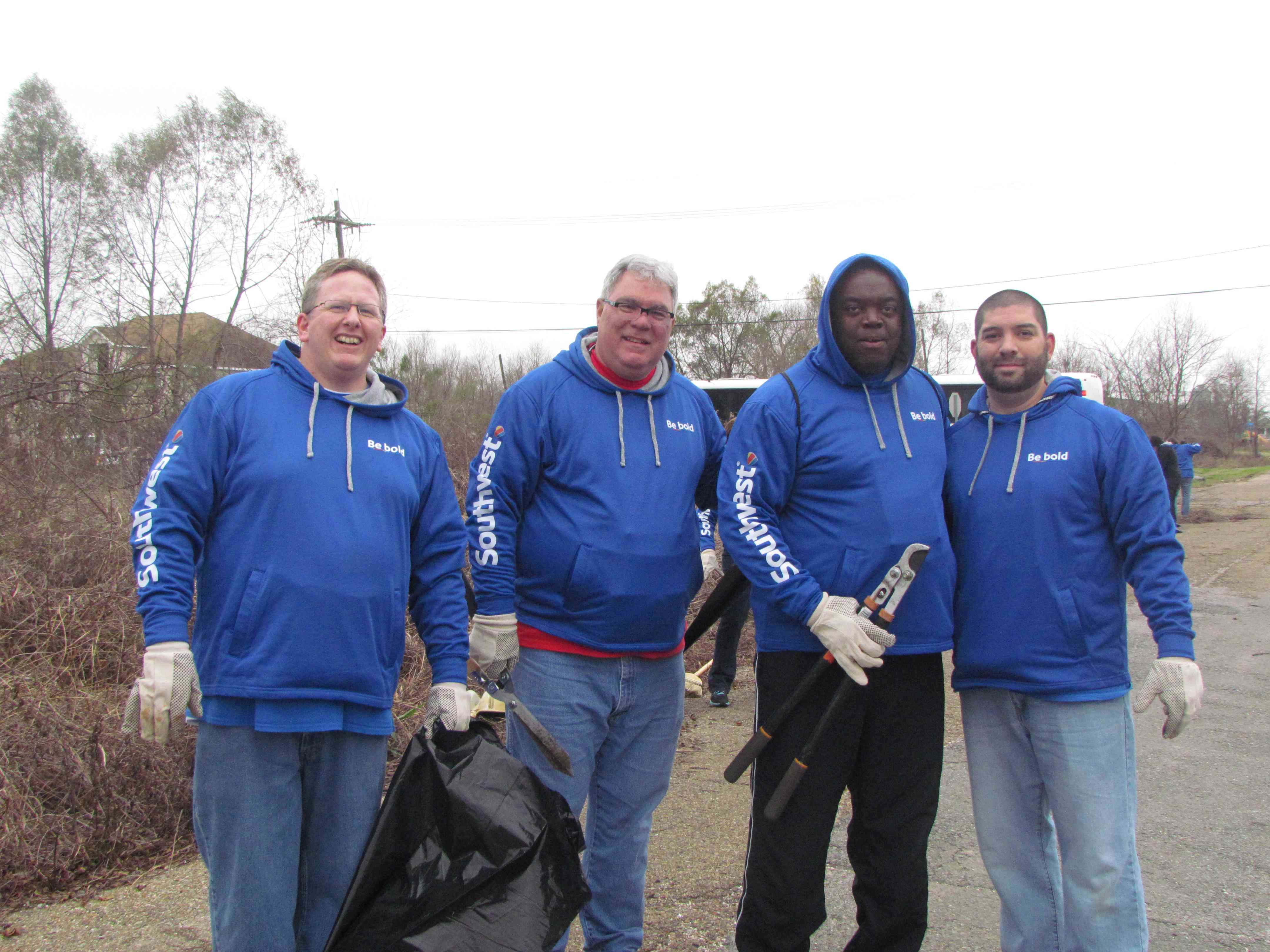 The Southwest volunteers spent 90 minutes clearing brush, picking up trash, and helping with the Capstone gardens, and in the end, 60 tires and 120 bags of trash were cleared away. Coupled with a Saturday of local volunteers and our partners at Sustain the Nine fixing up the Bayou Bienvenue platform and building benches for the small park by the water, this chilly volunteer experience marked the second of several ATB events NOAHH will hold throughout the year as a complement to our homebuilding and repair projects. The Southwest team’s competitive spirit helped them accomplish so much so quickly, as they divided into groups for different sites throughout the Lower Ninth. Their enthusiasm was inspiring! 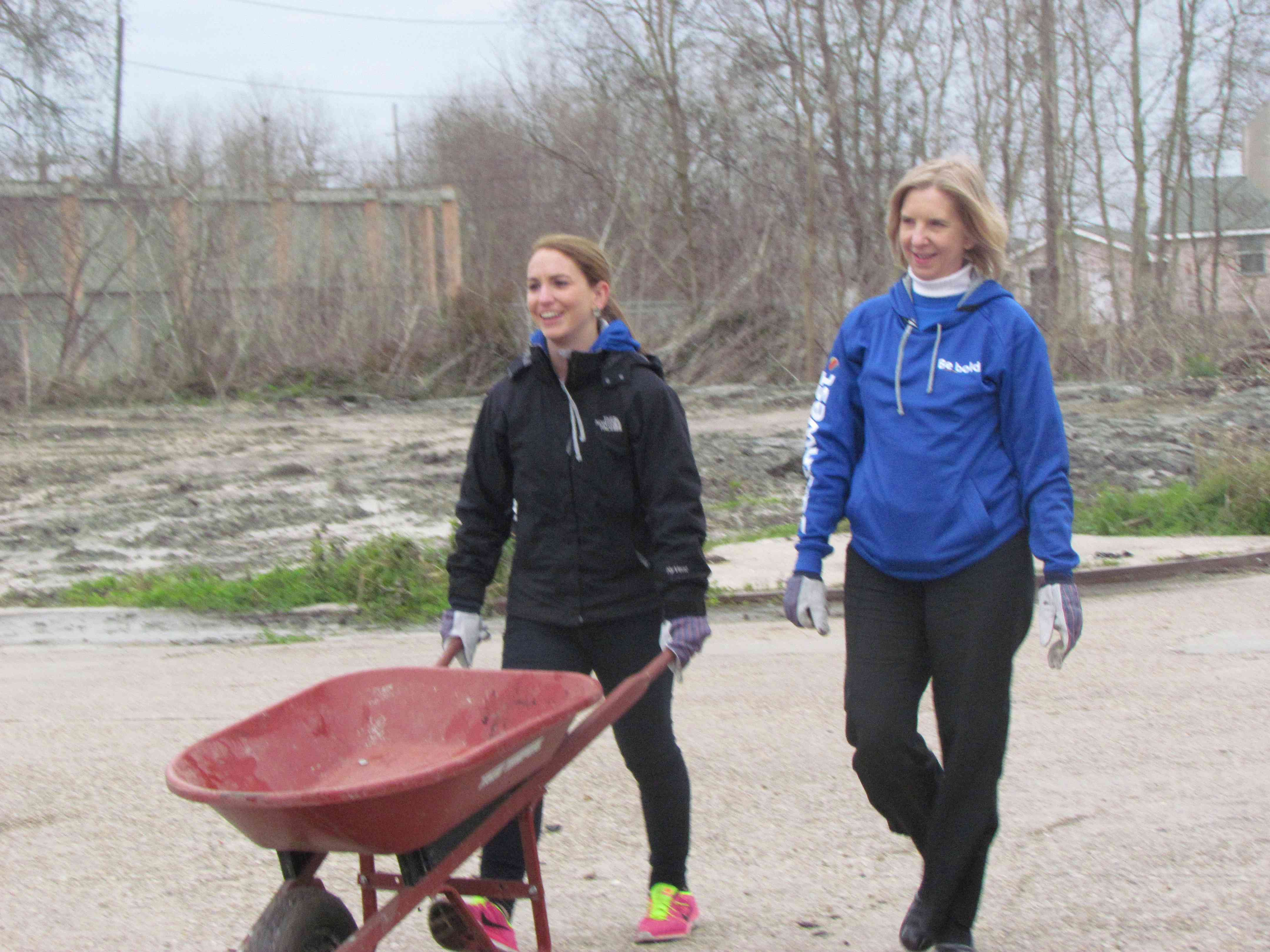 The Attack the Block program is NOAHH’s neighborhood cleanup and revitalization program that addresses community needs and fights blight in areas where NOAHH builds. Southwest’s work contributed to the ongoing recovery of the Lower Ninth by clearing away litter and brush that has become an issue since the storm, giving local residents more signs of recovery as well as helping out with the neighborhood’s maintenance. NOAHH has plans to build 15 more homes in the Lower Ninth in the coming months.”