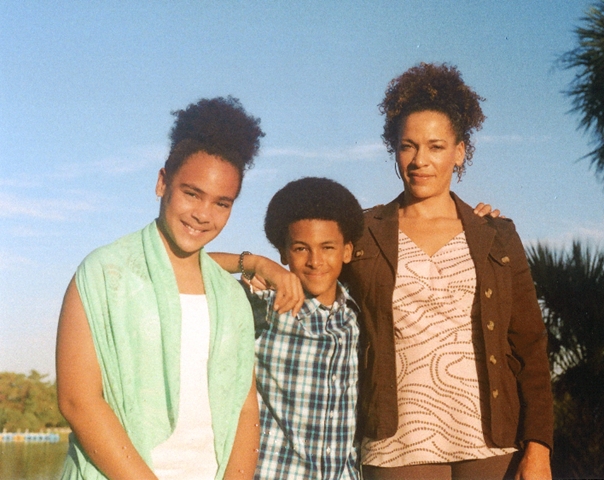 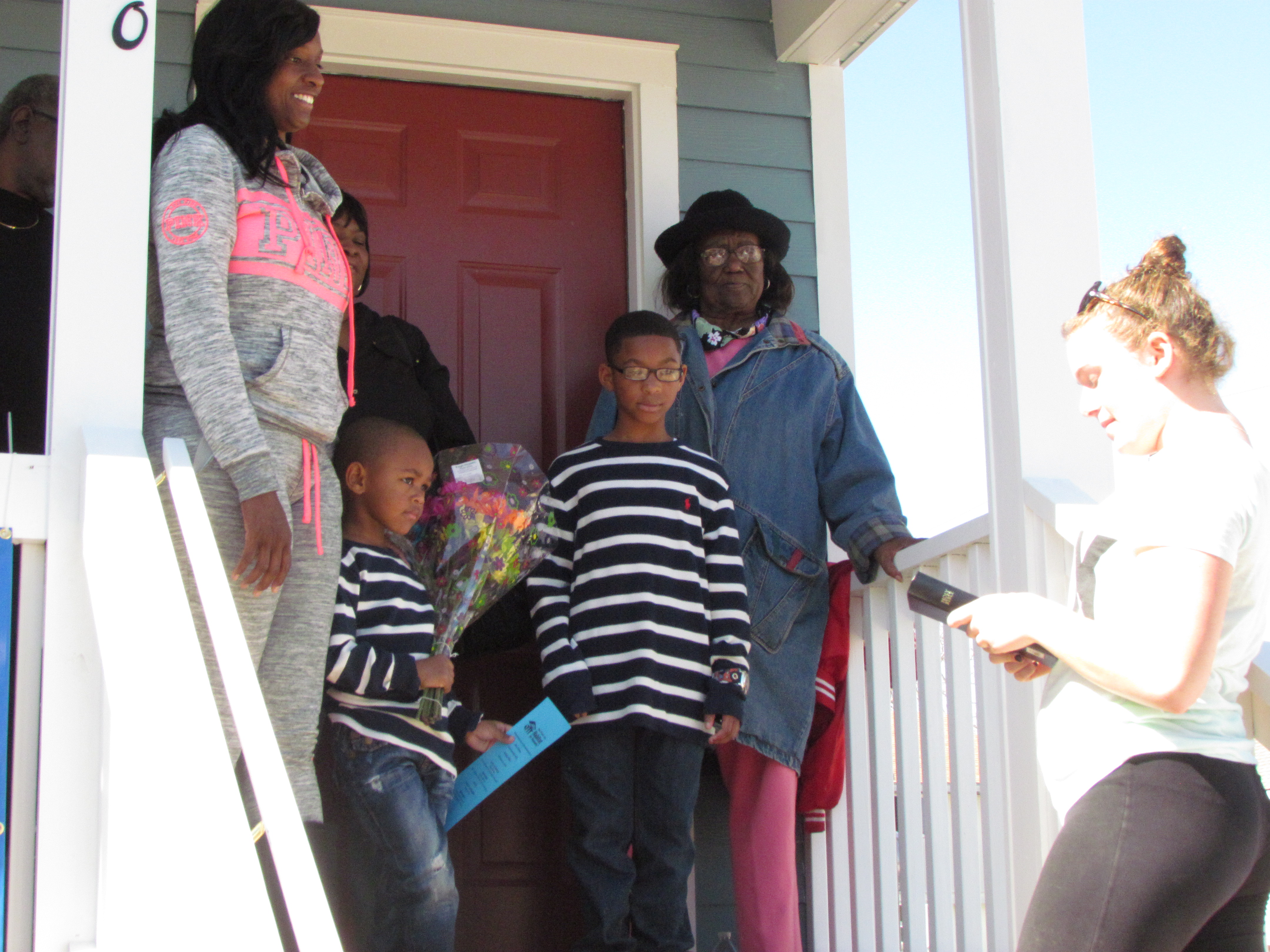 The Allen Home Dedication Brings Together Many Hands 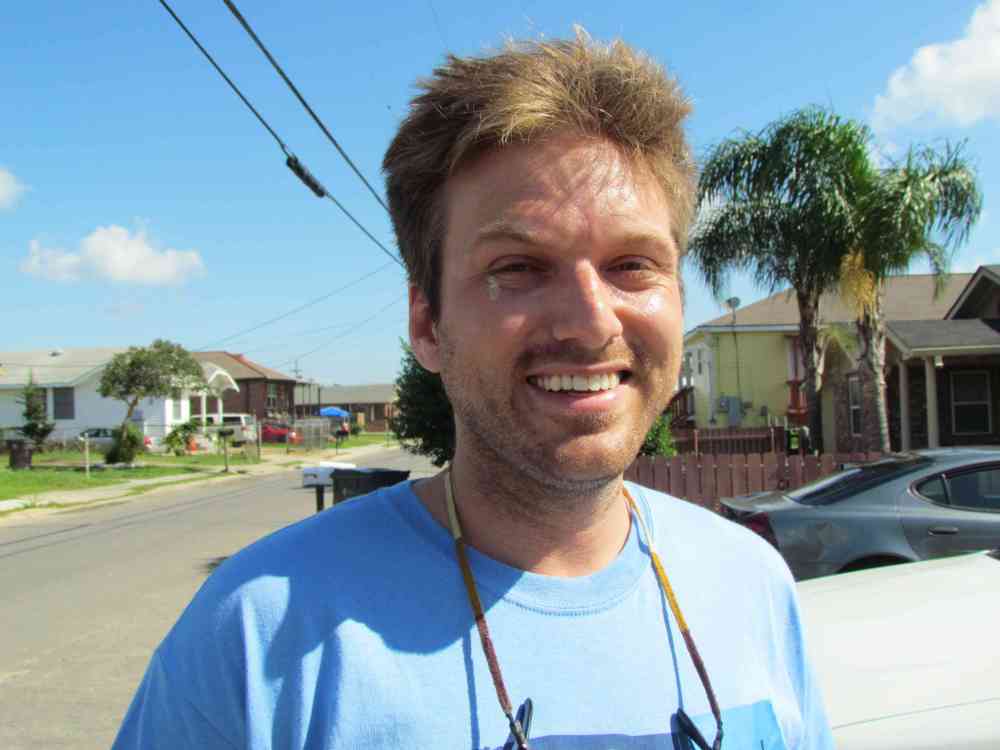 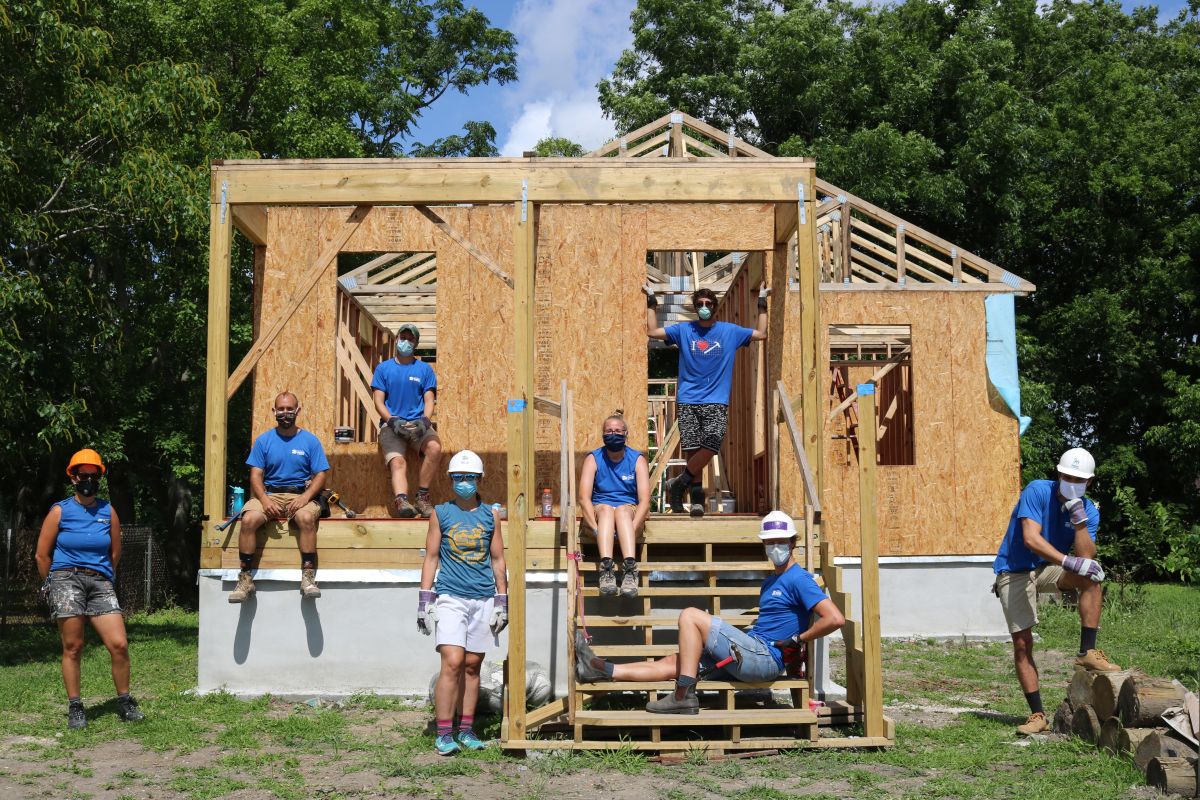 “Owning a home is security, independence, just that feeling of satisfaction of saying ‘I did that, cool, now what’s next?” – Tim Gray, NOAHH Partner Family

Tim Gray already knows how good it feels to find a “forever home.” While he’s new to our First Time Homebuyer Program, he’s been delivering dogs to their adoptive homes for three years now with the Villalobos Rescue Center.

Tim works and currently lives inside their main facility that houses hundreds of dogs of all breeds awaiting adoption. The shelter is the basis of Animal Planet’s show “Pitbulls and Parolees.” He began volunteering with the nonprofit as a way to stay active, and took on a full time position with the organization in 2016.

Tim helps with transports, observes and records dog behavior for analysis, and makes sure his four-legged friends get the fresh air, activity, and socialization they need. The Vermont native has worked other jobs, from being a road manager for a punk band to kitchen work and management, but he’s learned over the years that he far prefers working with dogs.

“I spend pretty much all day outdoors, which is great because I’m not cooped up inside,” he said. Tim also enjoys skateboarding and rock climbing and is a natural fit for working sweat equity hours on Habitat build sites.

“I’m a fairly self-motivated person, so I don’t like being idle,” he said, “I know that with homeownership, my dad tells me there’s always something to fix.”

Tim heard about the program through his friends and Habitat homebuyers Tyler St. Jean and Sarah Wood, who explained he didn’t have to be married or have children to apply. Not that Tim is really childless—he’s got three pitbull mixes: Jones, Alasaurus, and Gumba.

Jones has been with Tim since he moved to New Orleans 12 years ago, and Alasaurus joined them when Tim lived in Holy Cross. He met his 60 lb. “baby” Gumba two years ago when the butterscotch puppy was brought to Villalobos. After eight months of fostering, Gumba joined Tim’s family, and now he will get to live outside of the kennel in his own home for the first time.

With that in mind, Tim selected a lot in the Lower Ninth Ward that has a big tree with lots of shade, a park just down the street for the pups to play, and less than a ten-minute commute to Villalobos. For Tim and his dogs, the house he will build there is a testament to years of work and personal growth to reach independence.

“I spent a lot of my life doing things that I thought would make people like me instead of what I actually liked to do, and unfortunately that led to a few problems down here,” he said. He doesn’t like to think of this as wasted time, but rather years when he found out what didn’t work. Right before he started working at the rescue, he decided to get sober. He said everything since has been a step forward to a more stable chapter that includes something he never thought he would be able to achieve: home ownership. 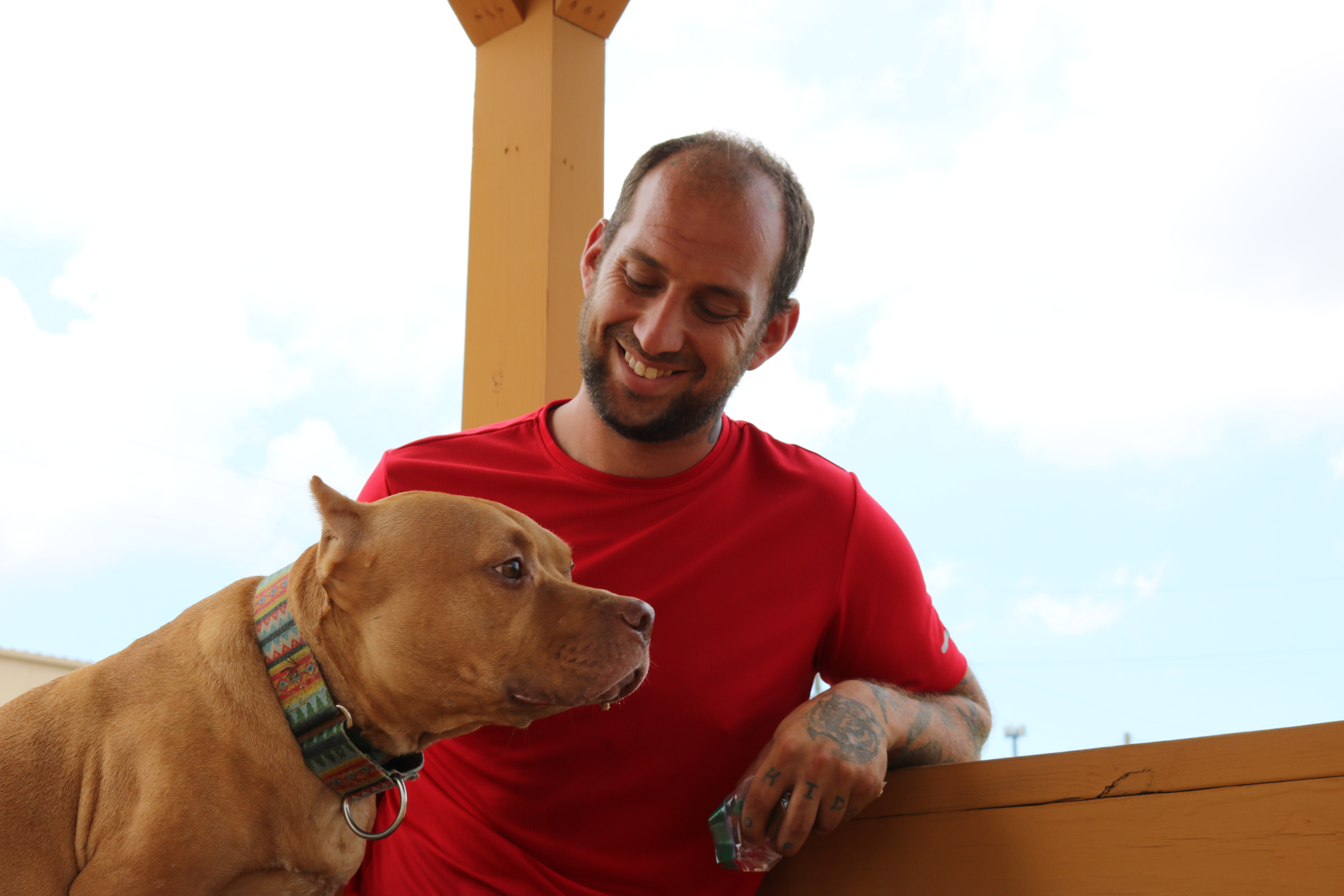 Tim looked at several home-buying options before coming to Habitat, including a grant program and a traditional mortgage from a local bank.

“It’s a little daunting and a little confusing when you see all these numbers thrown at you,” he explained, “That’s why I liked this program. The time taken to educate you and really set you up to succeed, and how it’s broken down to where it’s not this whole big thing that you have to do to get to a house.”

He credits his caseworker Patsy for answering his questions, working with him to meet qualifications, and removing the pressure from the process. He said he’s thankful to be a part of a program that helps people help themselves and provides a way for people to gain autonomy for themselves and their families.