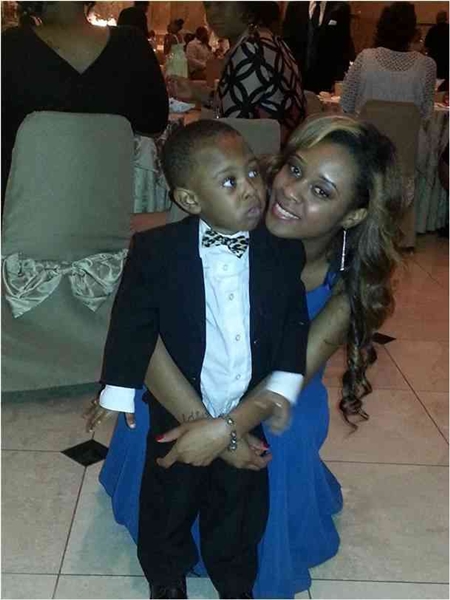 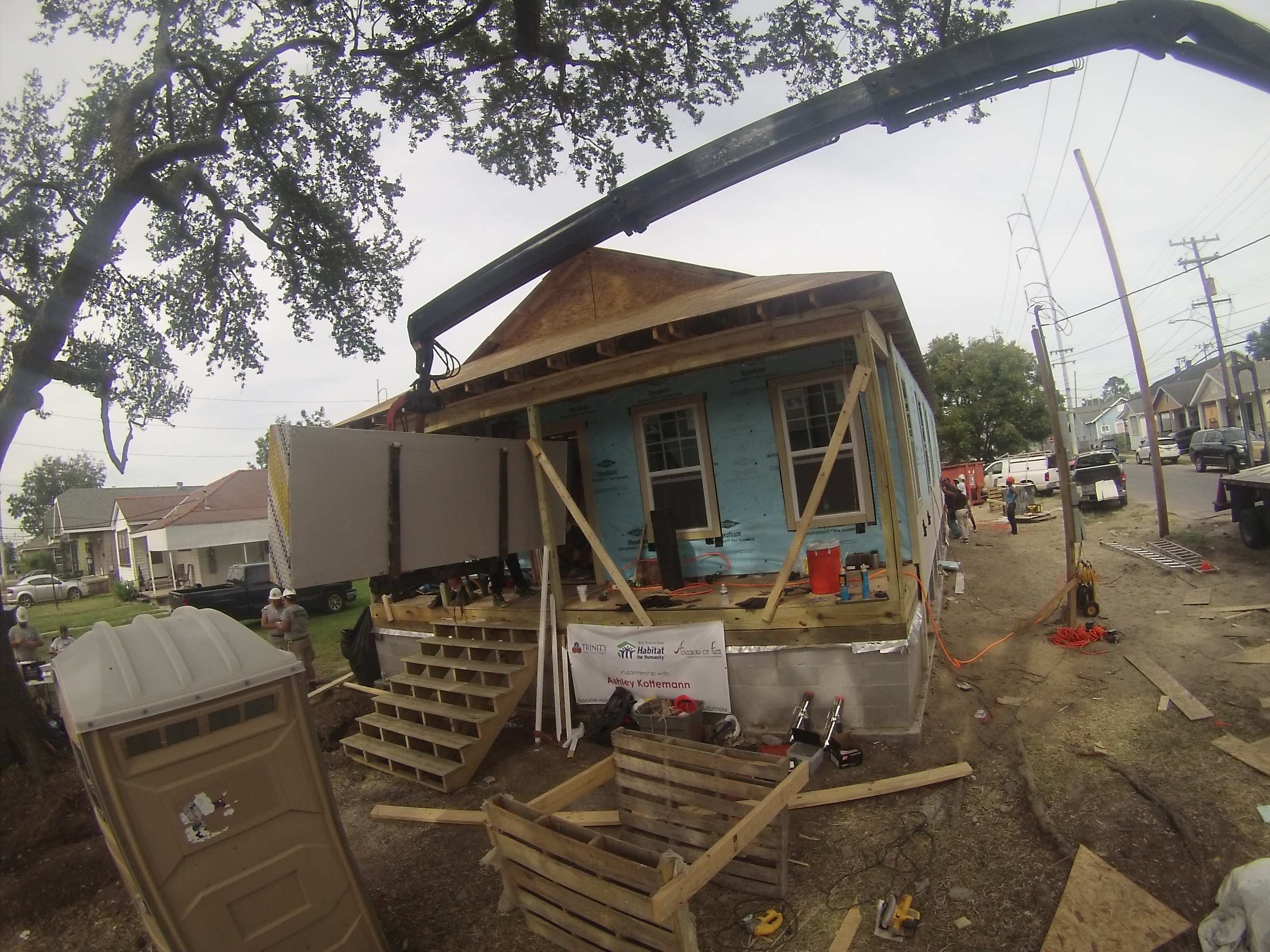 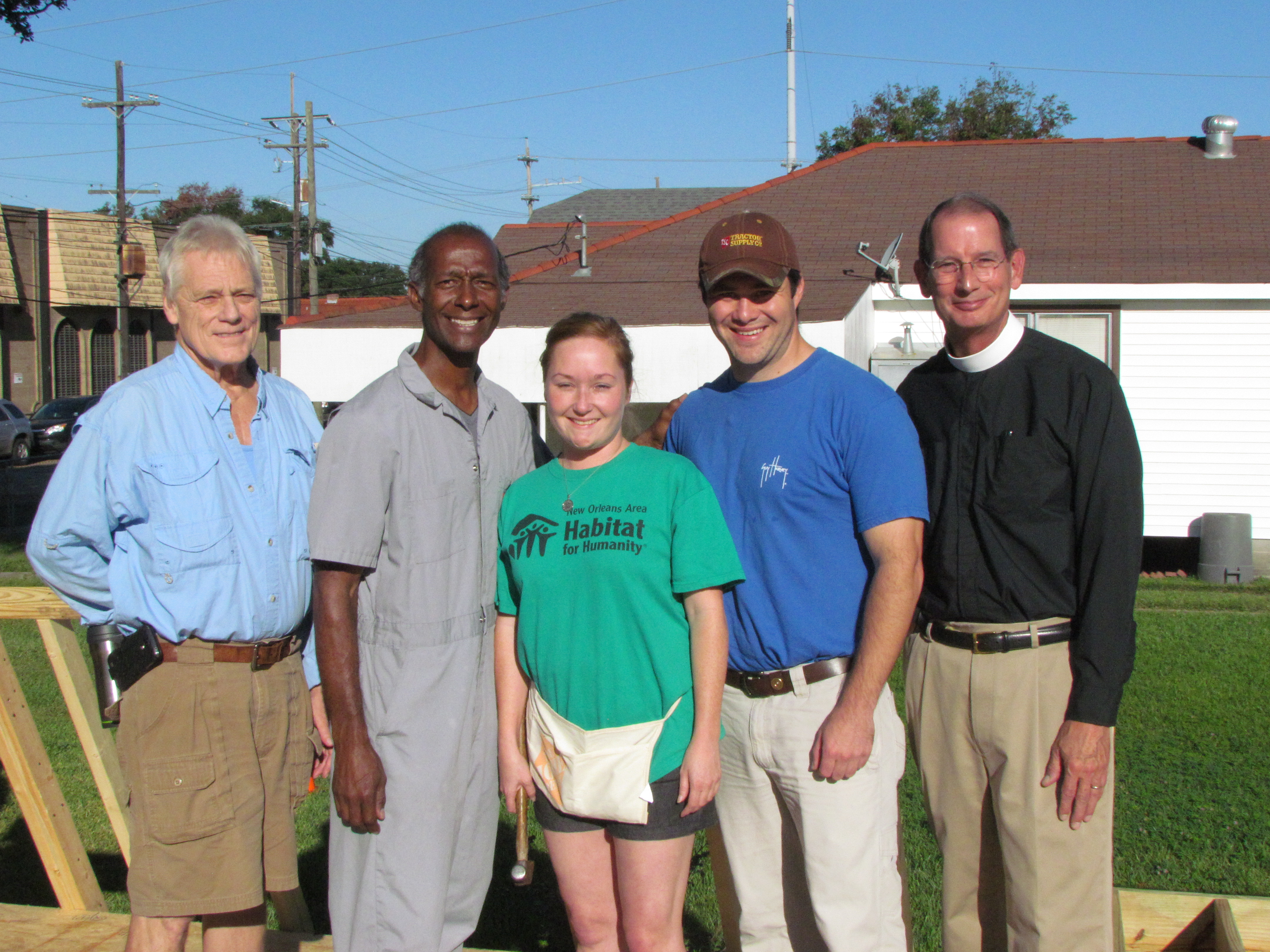 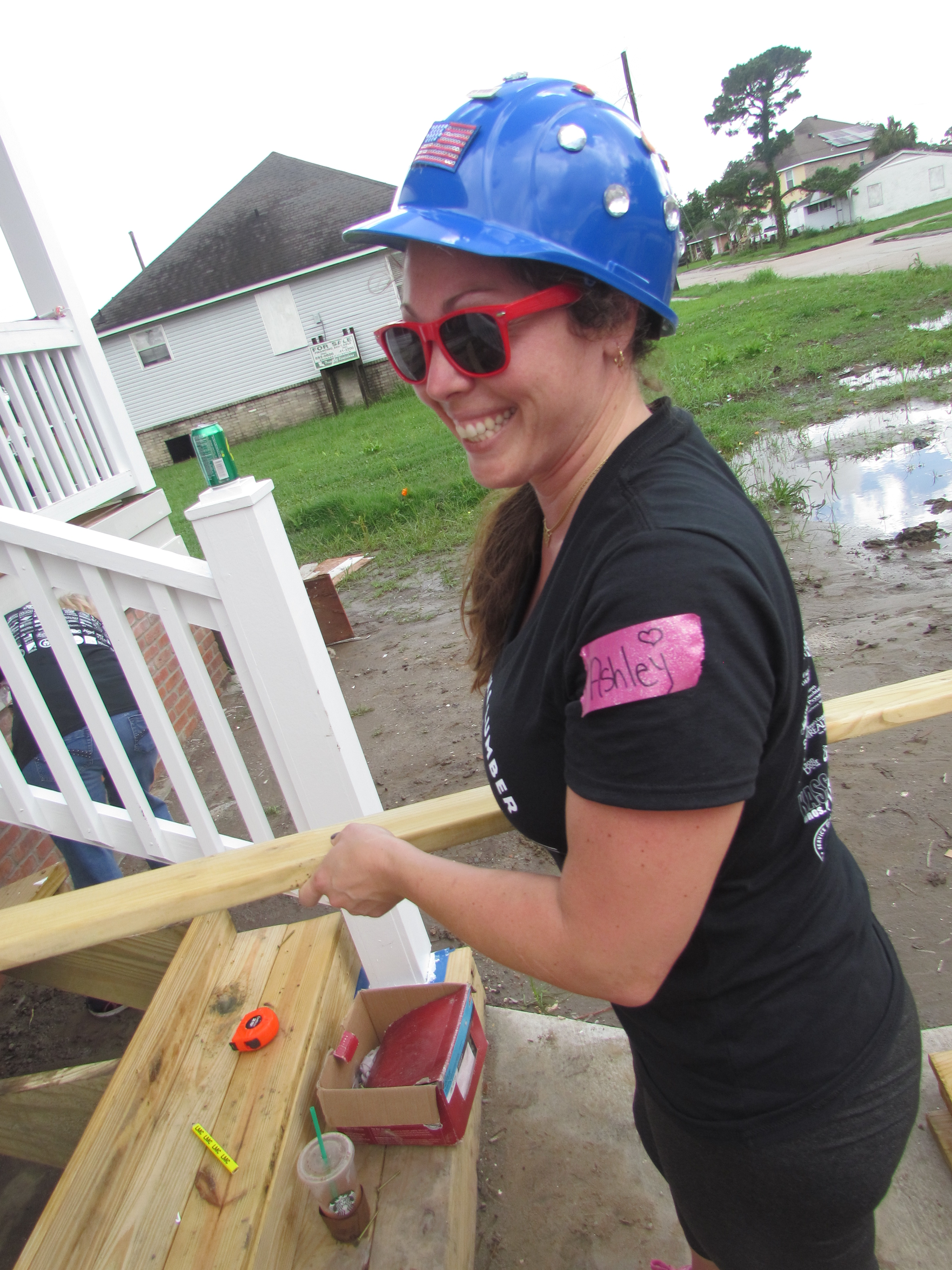 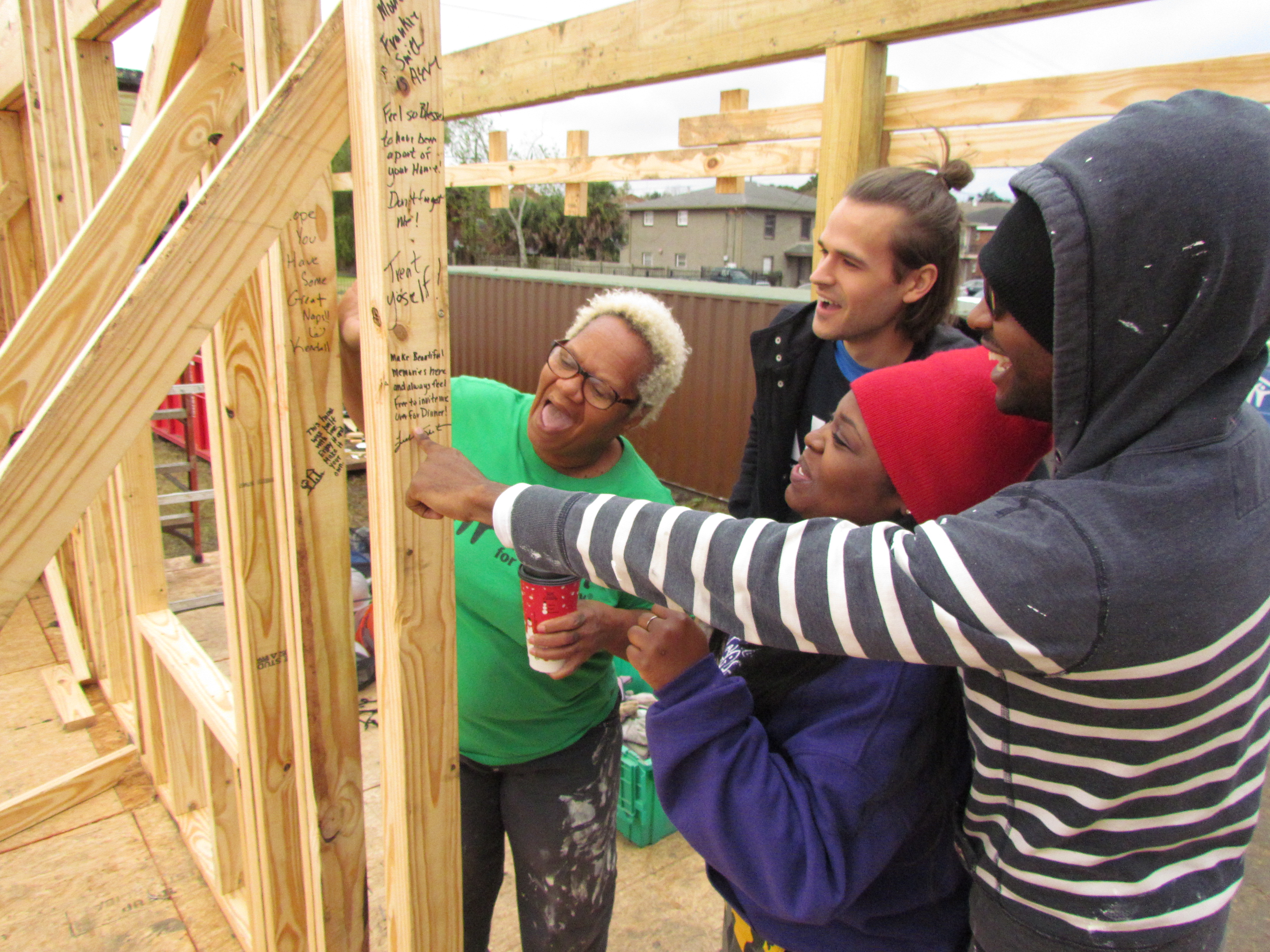 Music is the heart of New Orleans culture. NOAHH’s most recognized project—the Musicians’ Village—is testament to that. The project featured 72 single-family homes designed to attract musicians and culturebearers back to New Orleans following Hurricane Katrina. It is often the support of other artists that enables NOAHH to continue its outreach and construction.

In December 2018, NOAHH hosted the first-ever Banga Build at the request of Tank & the Bangas, who had been catapulted to the national stage after their Tiny Desk Concert on NPR. Over 30 volunteers, consisting of band members, label employees, and fans, attended the two-day build in New Orleans East. It raised over $8,000 for New Orleans Habitat.

“The coolest part was to actually rebuild your own city with your own sweat and your own hands,” frontwoman Tarriona “Tank” Ball said.

Following the build, during which Tank worked side-by-side with future homebuyer Lavonne Jarrow, the band performed on her porch. “To sing in front of that home, and be the first music to ever be heard in front of those walls and with the people in that community, it was pretty freakin’ cool,” Tank recalled.

In September 2018, New Orleans-bred, New York-based John the Martyr performed a benefit for NOAHH. Band member and New Orleans native Kyle Ridley said they sold nearly 400 tickets for the show, which served as a reunion for friends and family.

“It was really our first show back in New Orleans outside of Bayou Boogaloo. To play Tipitina’s was an awesome experience.” Kyle spent the day prior to the show on a build site and getting to know the Habitat staff. John the Martyr donated proceeds from the concert to NOAHH.

Local musicians benefit directly from these efforts. “Once I get the house, it’s going to be a drastic change,” remarked future homebuyer Alex Canales, a musician and long-time renter. “I get an entire house, and I’ll be paying half of what I would be paying for rent.”

Affordable housing is a huge shift for Canales, who once left a three-hour gig with $13 in his pocket. Whether their motivation is affordable housing, adequate living space, or financial stability, homebuyers like Alex have trodden paths to homeownership that are unique and inspiring. Their experiences with Habitat have other local musicians exploring the possibility of putting down more permanent roots as well.

“I want to build here. I want to live here because I truly, truly love it,” Tank revealed. “And if something happens, there are folks like Habitat for Humanity that will be right there to help you rebuild your life again.”