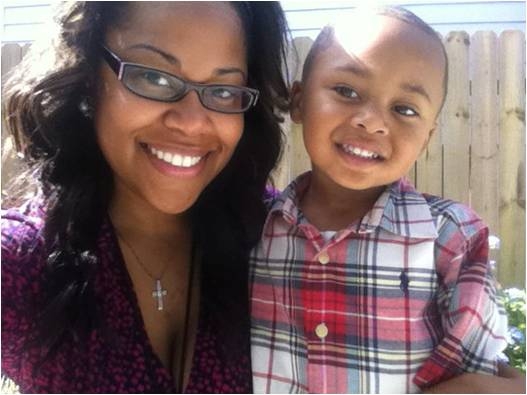 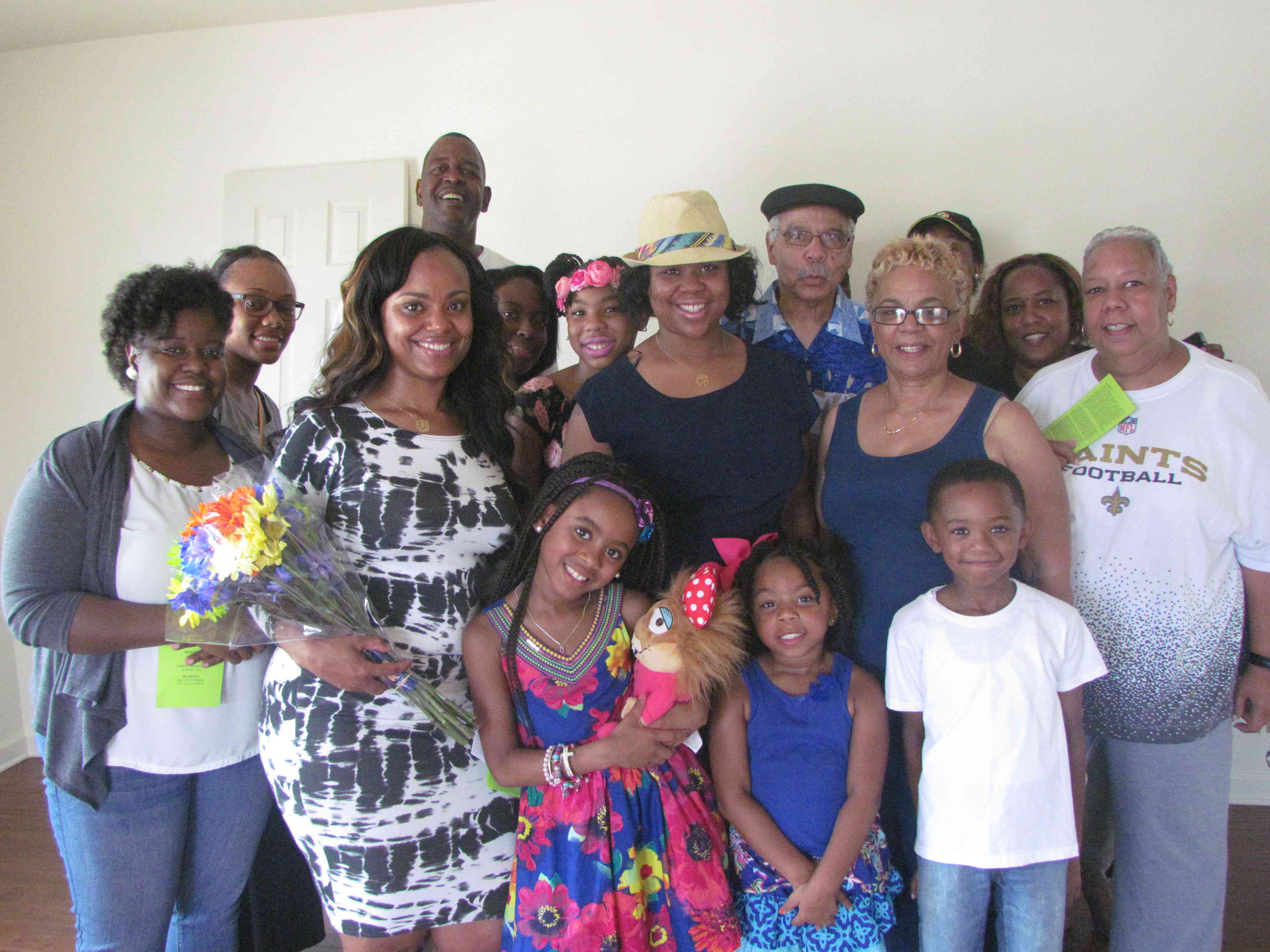 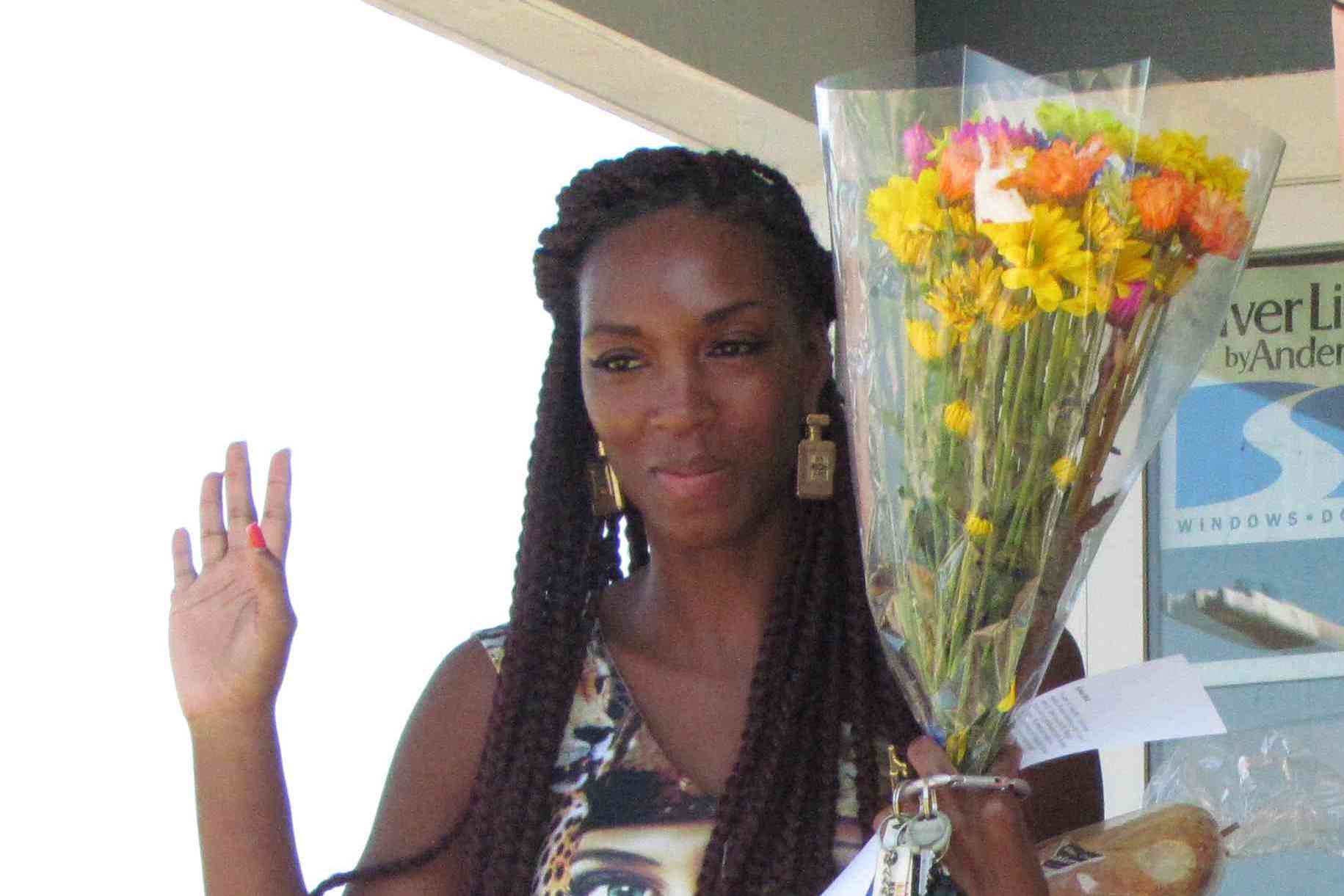 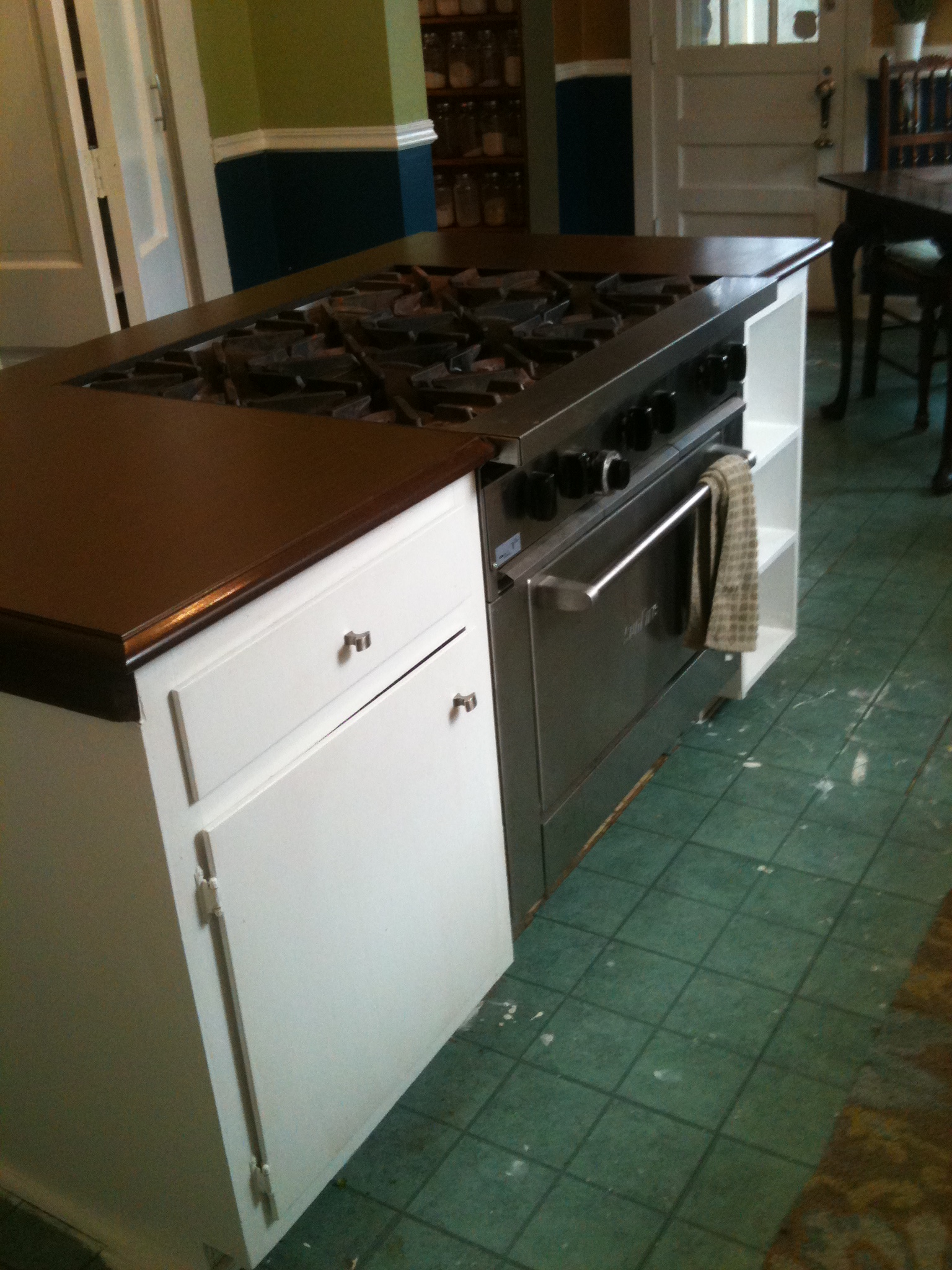 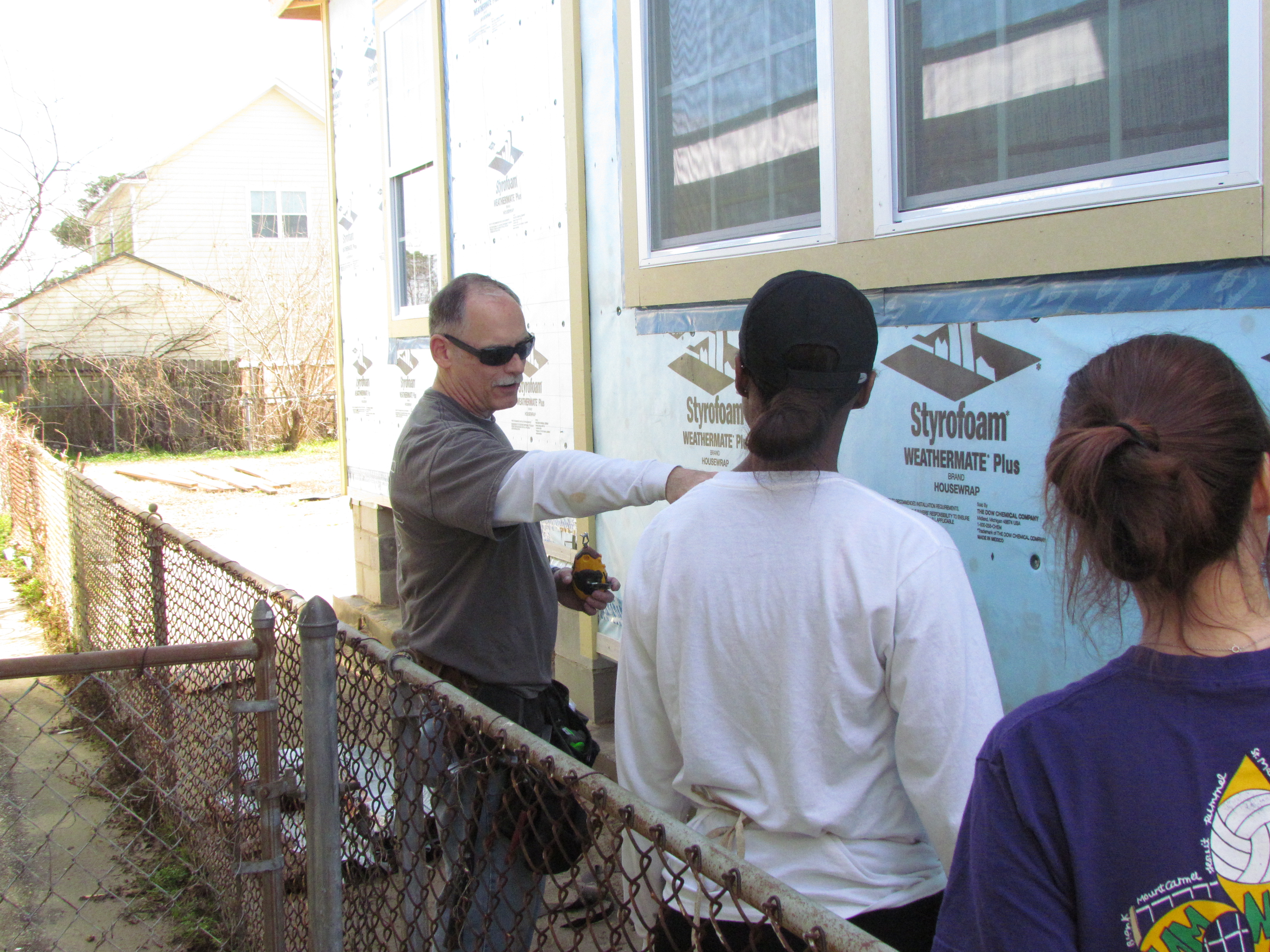 There is a fondness in Andy Schroeder’s voice as he describes one of his many days volunteering on site with NOAHH. Though those days are often full of hard work and high temperatures, it’s clear that Andy has enjoyed it. As he puts it, his work began shortly after he finished fixing his own home in the wake of Hurricane Katrina and, as he puts it in his modest manner, “it dawned on [him] that someone else might need help, too.” He says he volunteered with NOAHH and never left after that. One day a week–when he’s not at work designing offshore oil and gas facilities for EDG–he comes to site and brings his experience to bear on future Habitat homes throughout the city, and he has been since 2006. He did not, he says, set out to be a core volunteer. One day, he came to site, and a staff member gave him a core volunteer t-shirt, telling him, “Put this on so other volunteers can find you.”

The story he tells, when asked for any anecdotes about his time on site, is of a group of lawyers from New York who came to volunteer during the height of the post-Katrina influx of volunteers. As a core volunteer, he would often lead groups of upward of 30 people on site, and when things got busy, a little chaos sometimes caused delays or changes in schedules. The bus bringing the attorneys down was a little delayed, and so Andy was left to wait for them, simply being told that they were “New York attorneys.”

As he tells stories, it becomes clear that not all volunteer groups are equal. Some, like the Marine Corps volunteers, know what they’re doing before they get there. Given a task, they will complete it in record time. Others… sometimes, the New Orleans heat is more than they expected. NOAHH doesn’t encourage over-exertion from any of our volunteers, but Andy admits he was surprised when one group of students decided to take afternoon naps after lunch one day. So when Andy heard that he was to be leading a busload of attorneys, he began to pray. He expected, he jokes, for them to show up in wingtips and business suits, with perhaps the wrong sort of attitude for volunteer work. He thought that God was going to be testing him. Instead, he met some of “the sweetest, nicest, lovable, and down-to-earth people” he has ever met.

When asked the most memorable thing he saw on site, he says it was the transformation in his nephew from his “little nephew” to “the man in charge.” Early on, Andy invited out his brother Wally Hymel, and Wally brought along his son Jared. The two also continued to volunteer with NOAHH, and Jared even went so far as to find himself a job as a site supervisor. Andy spoke of this transformation with great pride, and his deep connection with the site supervisors is perhaps why he capped the conversation off with eloquent support for their work.

“They’re building on a commercial schedule with untrained volunteers, and the houses they build are better than commercial houses,” he said. “And it’s a new group every day… They’re doing it out of the love in their hearts.”

That dedication to those he has worked alongside seems to be characteristic of Andy Schroeder. At the core of a core volunteer is a selflessness that is beyond admirable, and the high esteem he holds for our site supervisors is only a fraction of the esteem NOAHH holds for all its core volunteers. Andy’s stories emphasize the key role core volunteers play. Their constant presence is a boon to NOAHH during the slow months, and during the busy months, they are as experienced and knowledgeable about the NOAHH program and homes that they can lead other volunteers. They also help our site leaders with more difficult projects when an experienced hand is needed. NOAHH cannot express enough gratitude for their commitment to our cause.