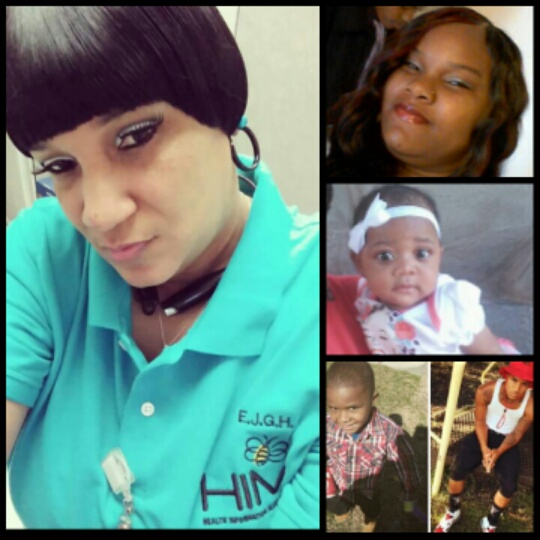 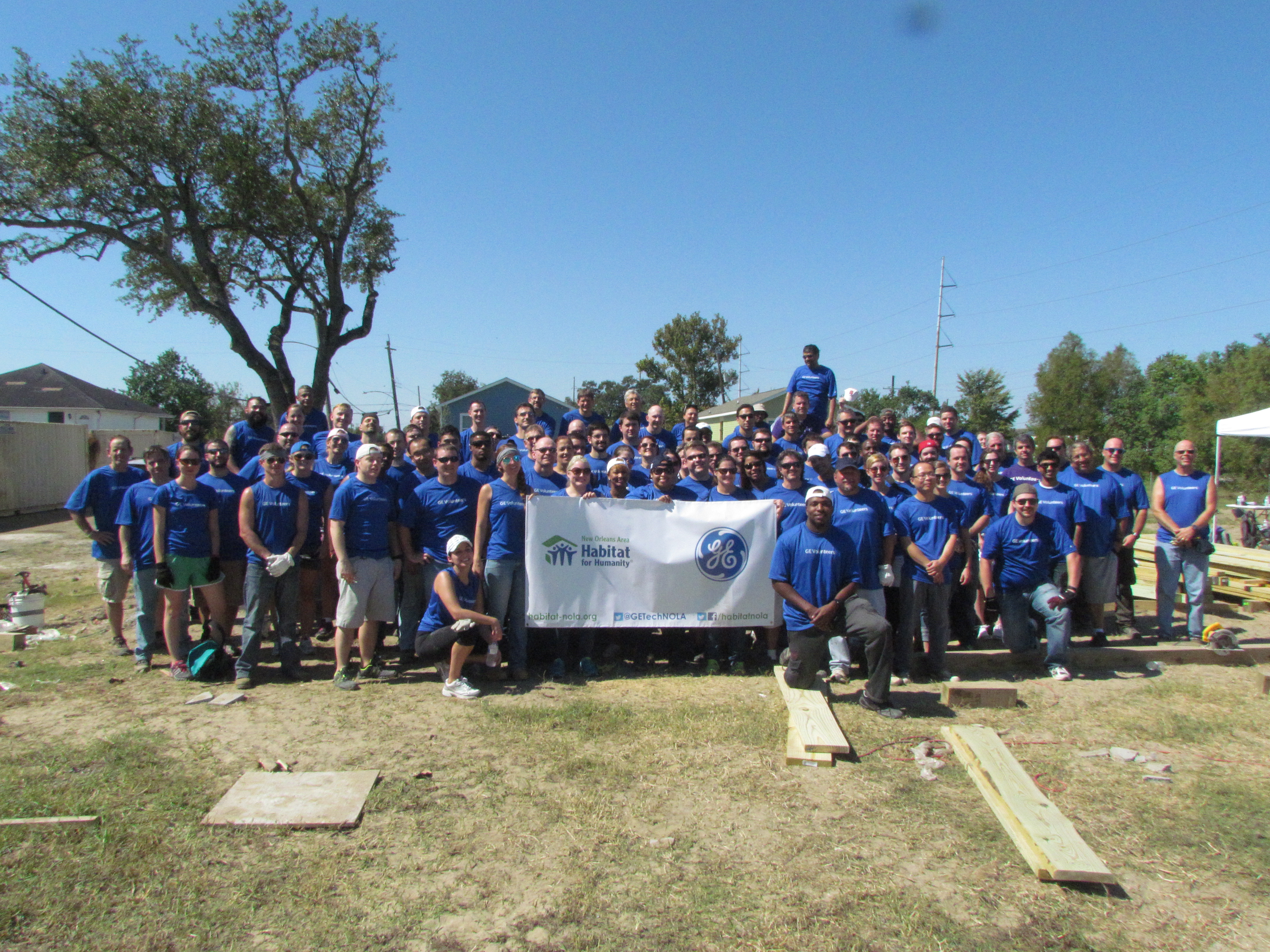 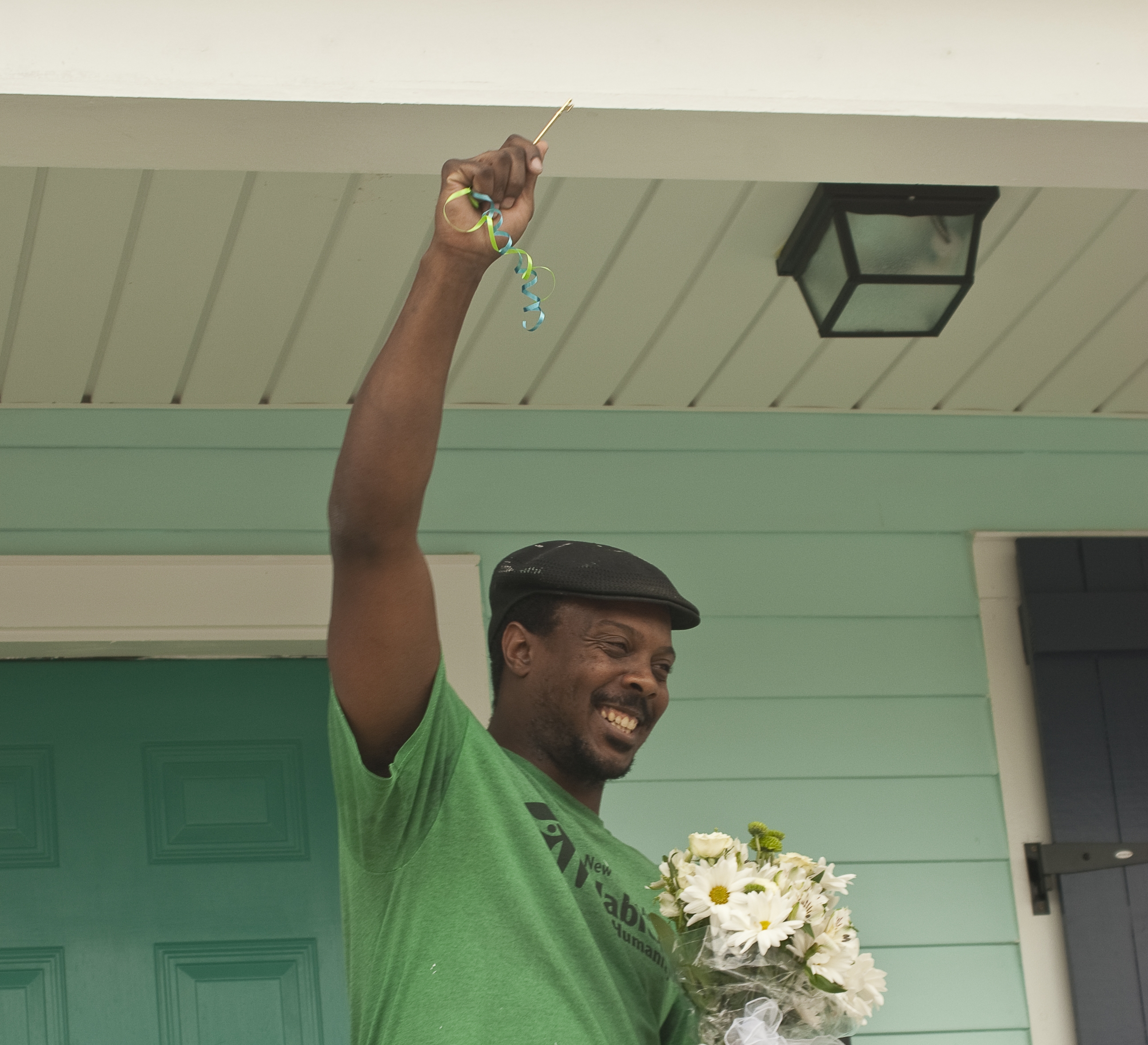 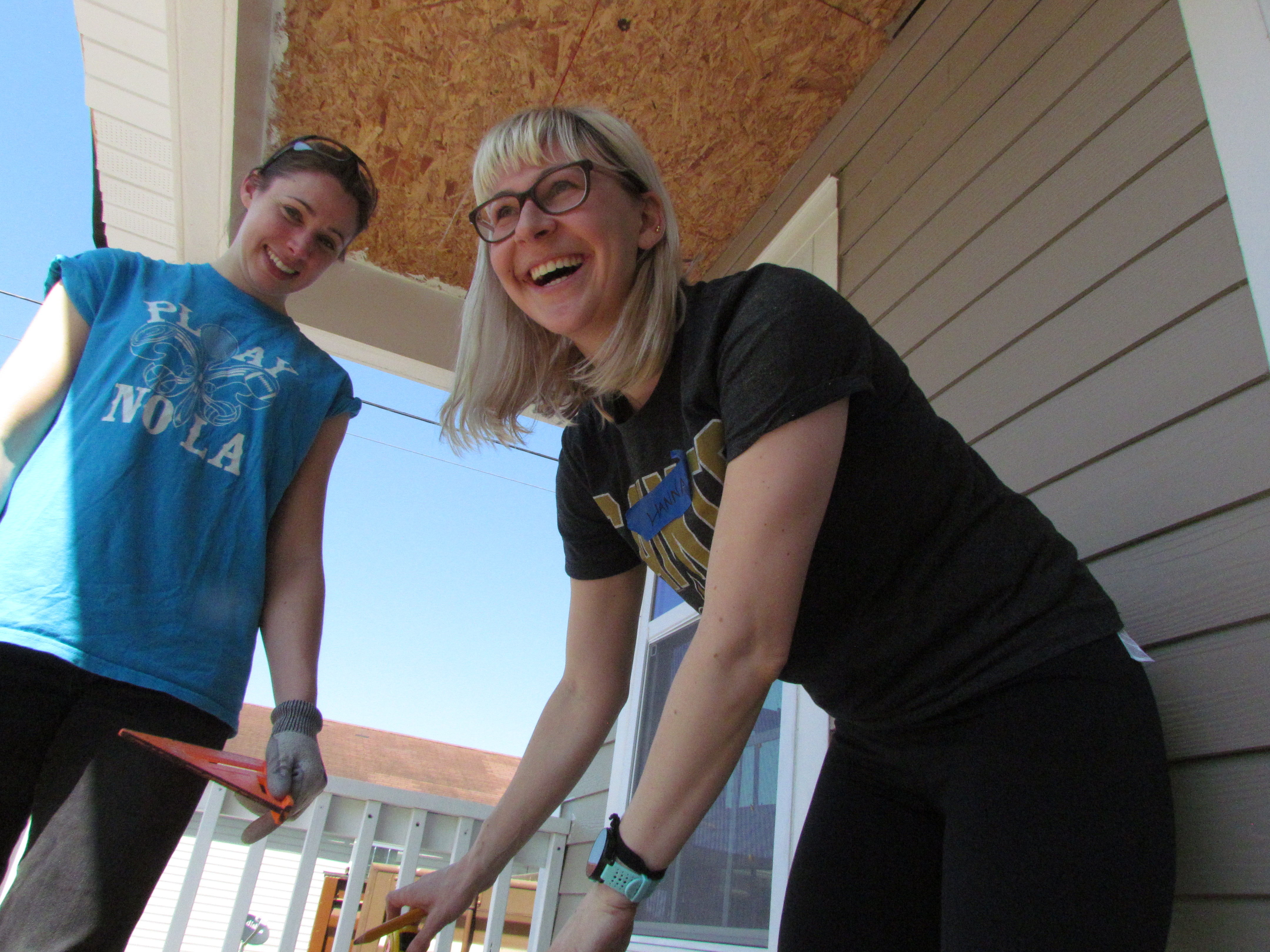 “I’m a huge advocate for AmeriCorps after having done it,” Hannah Silver, former AmeriCorps member with New Orleans Habitat, said while on site for a small reunion build.

She and one of her friends from her time as an AmeriCorps Construction Crew Leader with NOAHH returned to the city to spend a day volunteering and to visit favorite spots. Being back in New Orleans and on the build site, Hannah and her fellow former AmeriCorps Faith Cerny reminisced about their year of service.

“Just having the opportunity to live in New Orleans for a year,” Faith said, “And meet a whole group of people that you would have never met and become so close with, I mean it’s an invaluable experience that it’s unfortunate that more people maybe don’t know about it. I think AmeriCorps, looking back, it really gave me that year that I needed to assess what I was passionate about, because you spend time in school, if you come here after college, which is what we did. Not everybody does that obviously. But you’re working so hard in college and you have a one-track mind, and then you can come here and take a breath and kind of reassess and take what you learned in college, but also think what I actually like to do every day. And how can I make this a job. A sustainable job at that.”

“If you’re just going to spend a year trying to find yourself,” said Hannah, “or figure out what you care about, you might as well be doing something that’s beneficial to other people. Not that there’s anything wrong with doing a restaurant job. I just felt a little bit better about it. It was a lot of fun too, a good group. That was the thing, there was like 13 of us. Even [an AmeriCorps member] who left after three or four months because of a family situation is still a close friend of ours.”

Hannah and Faith knew each other in college, but neither knew the other was coming to New Orleans to be an AmeriCorps. Another friend, Katie Nguyen, also came to serve in New Orleans, as an AmeriCorps with the purchasing department. She and Hannah picked New Orleans Habitat because they liked what the affiliate had to offer.

“We wanted to go somewhere that had a large group of AmeriCorps,” Hannah said “so we looked for one that was hiring a lot, because we thought it would be challenging to be a in a new city and also not have a group of new people to be spending time with. New Orleans Habitat provided housing–and then it’s New Orleans, it’s just one of that things that I value so so much about New Orleans is it is so diverse and has so many cultural opportunities. There’s festivals for every celebration within each of these different cultures here.”

“I had actually through college volunteered with New Orleans Habitat before,” Faith said. “I had come here over winter break, like Alternative Winter Break programs through UVA. So I had been here twice before through that program. And so I was already familiar with the chapter, familiar with the area. And I was applying to a couple of other affiliates throughout the country but I had such a good time here that I wanted to spend a year here and just kind of be a local and not just walk down Bourbon Street like a tourist. And I’m so happy I did. It’s an incredible time.”

After their year of service, Hannah and Faith both moved away to follow new school or career opportunities, but they both missed New Orleans.

“It is so alive and like, when I went back to Portland,” said Hannah, “Portland is a friendly city, don’t get me wrong. When you walk down the street, people make eye contact or nod. But when I came back from New Orleans, I felt offended when people just did the, you know, the nod. I was like, ‘you’re supposed to say ‘how you doing?’ or ‘hey neighbor,’ start a conversation with me.’ Because I got so used to the interaction. The way strangers interact here is really different, and it was a striking difference. Also, I miss the sun obviously.”

“I would say I miss the quality of life,” Faith said. “My life just felt so well-balanced here and alive as well. I mean you work really hard, you feel good about what you are doing. You’re outside, you enjoy your job but it’s challenging enough. And then there’s so many extra-curricular things going on. I was doing softball, rec softball, but also of course all the festivals going on, all the time, most weeks, weekends. And just people here are really friendly. It was just a happy time, a really happy chapter of my life, and it wasn’t because of one particular thing or one event. It was everything. And New Orleans is just such a great place.”

The extra-curricular activities included sports and other groups, but also the chance to bond with other AmeriCorps. Because NOAHH’s offers affordable housing to AmeriCorps members, many of them live together or next door to each other.

“It was so much fun for all of us to live on the same block, and we watched television shows on Monday nights. I loved the Sunday/Monday off thing. But we would do like potlucks at one of the houses, and then we’d go to the next house and watch television together. It was our weekly ritual for weeks.”

“I remember one of the funnest things we did was we bought a big inflatable pool, and we had a giant pool party and barbecue,” said Faith. “And living by the train tracks was so great, those houses were… I wish I could live in a Habitat house right now. The porches are incredible. I mean you’d get home from work, heat up the barbecue, people would come over, sit out on the porch. Maybe we’d blow up the pool, fill it up, take a little jump in the summer time. We were just so free. I think that’s the beauty of New Orleans, it really lets you be whoever you want to be. That’s something I really respect about this city. It doesn’t really matter your occupation, what you wear, it’s all about how you treat other people, and I think your attitude toward life and just embracing the culture here. And if you’re willing to do that then you know you’re just going to have the best life.”

Both Faith and Hannah worked as Construction Crew Leaders when they were AmeriCorps members; as volunteers, they gained a new appreciation for their former jobs.

“I think multi-tasking is the main difference,” said Faith. “You have to constantly be aware when you’re in charge. I mean you’re the one responsible for their safety, that everyone knows how to do the task properly, quality control. Managing a lot of small subgroups. You have to constantly be running around checking their work, and you have to make sure they’re having a good time. I think that’s what set Habitat apart from other organizations is we try to keep people busy, and we stress the volunteer experience, not just creating the product but enjoying the experience of wanting to come back and volunteer again. Days when we only had a couple of volunteers, we’d get to do work ourselves, which those were great days. You’d turn on the radio, and you put your tool belt on and get to work. That was some great times. But it’s also fun leading the groups of volunteers, especially the groups that are here for a week at a time, and they get to see their progress over a few days.”

“Definitely gives me an appreciation for what we were doing then, because we were in the thick of it,” Hannah said. “And just watching [current Site Supervisor] Megan and being like, ‘woah she’s doing a thousand things at once.’ I remember at times it felt so hectic, but at the end of the day you got so much done because if you can allocate tasks, it’s just kind of happening.”

“One thing I like about this affiliate in particular is the volunteers can do so much,” said Faith. “Everything from prepping the foundation, all the way up to the roof, finishes on the interior. I mean volunteers do everything except [mechanical, electrical, and plumbing] and drywall. But everything else the volunteers can do, and you can volunteer five days out of the week. Habitat New Orleans is just, you know, if I can paint a perfect picture of the volunteer experience. It can accommodate large groups, actually get a lot done, and volunteers have a good time.”

Since their year of service, both have gone on to related fields, with Faith working in construction management and Hannah working as a sustainability manager for an architecture firm. Right after her year of service, Hannah went to graduate school, making use of the educational award from her year of service. They’ve kept in contact with their fellow former AmeriCorps members through social media, but they always planned to have a reunion.

“We just walked around the neighborhood at lunch,” Hannah said. “And we were like, ‘woah,’ and I walked by a house I worked on, I said, ‘woah I was here, I remember this.’ It brought back memories. But yeah originally we tried to get everyone to come, but then people have a lot of exciting life things happening.”

“We were a family back then,” Faith said. “And, you know, we’re all over the country now. We came from all over the country, and now we’re all spread out. So we really don’t get a chance to see each other. Hannah and I are on opposite coasts. And it’s fine to keep in touch with social media, whatever. But it’s so much fun coming back and being able to like relive our experience here even if just for a couple days.”