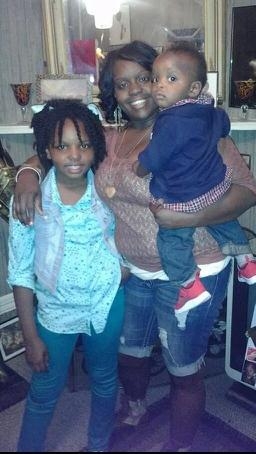 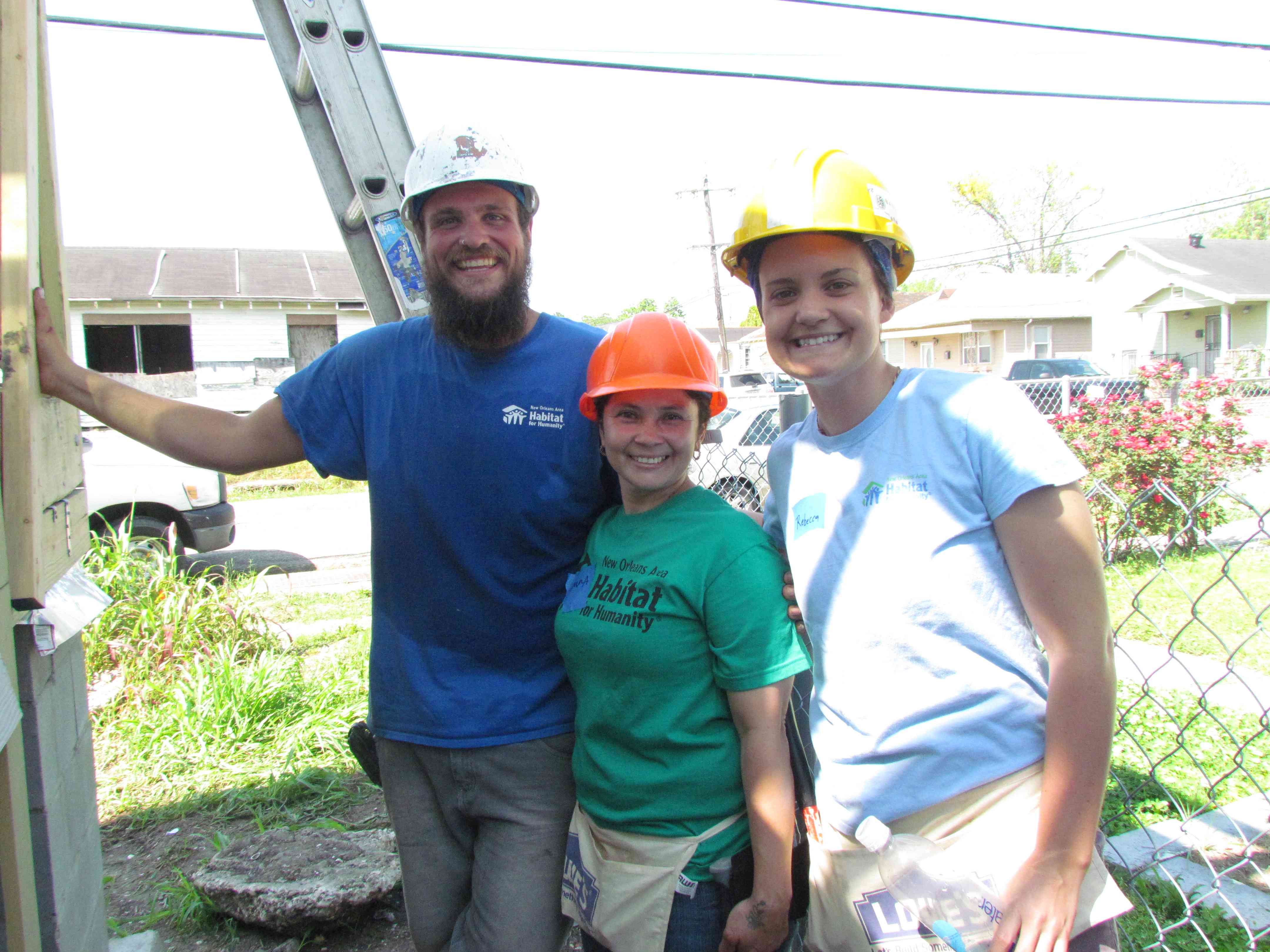 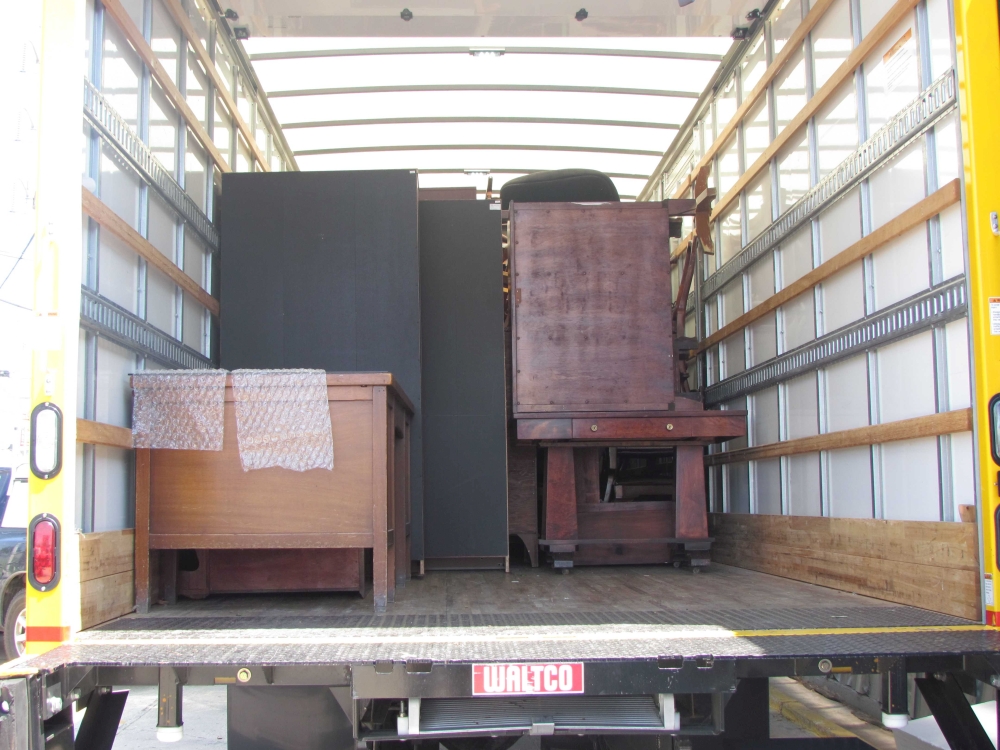 Sara Monks started giving back as a teenager in Illinois, when her favorite teacher in high school invited her on an alternative spring break trip.

“He told me, ‘You have the drive. You love working hard. You love helping people.’ I really didn’t think I was physically capable of doing what he wanted me to do, but I told him, ‘If you think that’s something that I could do, sure.’ And I just fell in love with it.”

She went on mission trips, did volunteer demo work after floods around the country, and served her community in high school and college. After she graduated from Illinois State University, she went to work as an administrative assistant at a law firm.

“There was something missing from my career. I always wanted to do something in my work life that would be like that. Giving back, a little more hands on,” she said. She signed up to be an AmeriCorps NCCC, traveling the midwest with a ten-person team. She worked in five states in ten months. On one of her terms, she worked with a Habitat affiliate.

“I loved the idea of being able to give back while working with partner families on their own homes and other homes,” she said. “I loved getting to see the impact it’s having on not just the community but also the skills I was getting from that experience. So then I applied for a Habitat AmeriCorps position, and here I am in New Orleans.”

She had been visiting the South for years, but she had never been to New Orleans herself. Her family urged her to take the opportunity to work here.

“They said, ‘Do it. Go.’ The culture, the food, the sense of community here, the music, there’s always something to do. They told me it was totally up my alley, and it’s true. There’s always something going on every weekend, and everyone’s super friendly, even while I’m grocery shopping, which I’m not used to at all. I love it.”

Like most AmeriCorps, she has taken time to adjust and get to see parts of the city. She celebrated her first Mardi Gras by going to the Krewe du Vieux and Chewbacchus parades.

“My family is making fun of me because I’m weirdly adapting to the weather here,” she said. “It gets to 40 or maybe even 50, and I’m saying, ‘It’s so cold! I need a jacket!’ Or I want to put the heat on. My family laughs, ‘It’s zero degrees in Chicago. You’re used to the cold. What are you talking about?’ I’ve always liked the heat even though I’m from Chicago. I’ve been to Florida a million times. That was kinda the pull to come more south. I love the heat.”

In her first two months as an AmeriCorps in New Orleans, she also learned a lot about home construction. Her experiences before had taught her basic skills, but she had never built a whole house before.

“It’s been a lot of information at once, but it’s been super cool to be able to put that into practice,” she said. “Knowing that I am going to be able to have that knowledge in the future, whether I want to build homes forever or not, I still have that knowledge of how to do repairs. If I wanna do repairs on my house in the future or if I wanna teach someone else how to do it, that’s really cool.”

All site supervisors and AmeriCorps work alongside partner families, who are working their sweat equity hours to complete the First-Time Homebuyer Program. The first home Sara worked on was the house of Henry Langlois, a mechanic and Mardi Gras Indian from the Lower Ninth Ward.

“Working with Mr. Henry on his home, that’s been super exciting,” she said. “Because it’s his home. Getting to see him having an investment in the specific thing we’re doing that day, not just that reassurance that you’re doing a good job, but that it means something to him. This is his future home, and he appreciates the work that we’re doing. He’s also invested in doing the work as well and learning how to do the work for the future.”

AmeriCorps construction crew members help Habitat site supervisors build homes and lead volunteers. They learn both construction and leadership skills in their year with the affiliate.

“One of my favorite things that I’ve done is working with the school groups that come out, because that’s when I started my volunteer experiences,” she said. “It’s cool to have that connection and see that there are other generations and other high schoolers who are like me. They have that interest in giving back to the community. I get to tell them I did this too when I was their age. I can tell them this [AmeriCorps] is what you could be doing when you’re my age. Heck, if you even wanna do it now! Keep working with your Habitat affiliate or just giving back to your community in general.”

She has worked on almost every phase of home construction, including framing, siding, and painting, but she finds that she especially appreciates roofing.

“It’s been the biggest fear that I had in coming into the construction field,” she said. “Not just the height, but being up so high and doing work at the same time. I didn’t know how I was gonna tackle this multitasking while being in such an awkward position. I wouldn’t say it’s something I can do by myself yet, but there’s been so much progress already that I feel so much more comfortable. I have a better understanding of what I’m doing. And for me, I feel like it’s such a pivotal moment in the construction process.”

Learning on site, teaching others, and building homes has not always been easy. She felt overwhelmed at the start, but she continues to learn and finds herself more comfortable on the build site. She remains motivated to make an impact.

“It’s definitely been challenging, and it’s pushed me to my limits, for sure,” she said. “But it’s been the best experience of my life whether here with Habitat or before in NCCC. It’s been so rewarding to get to give back to the community. Absolutely worth it.”