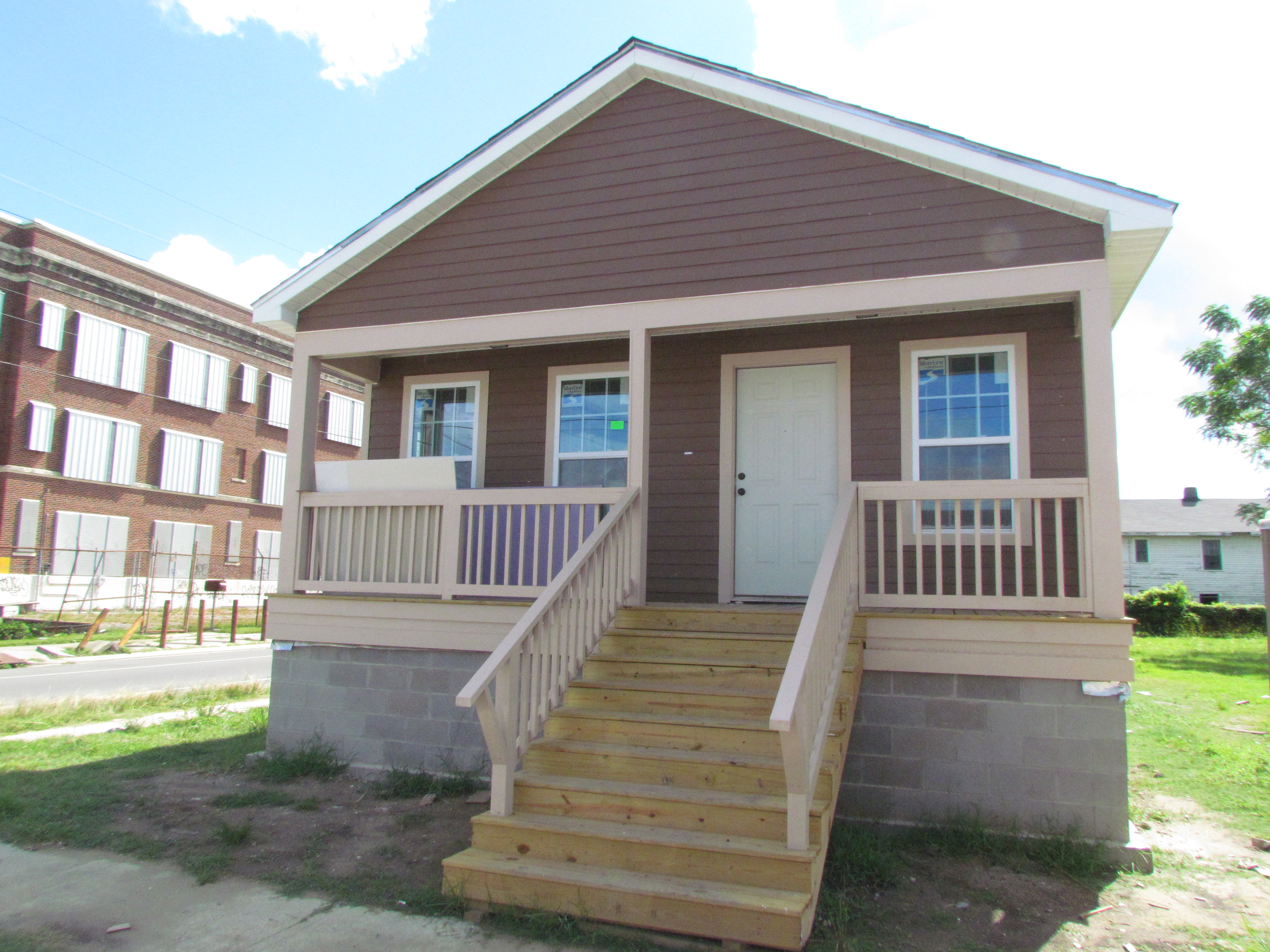 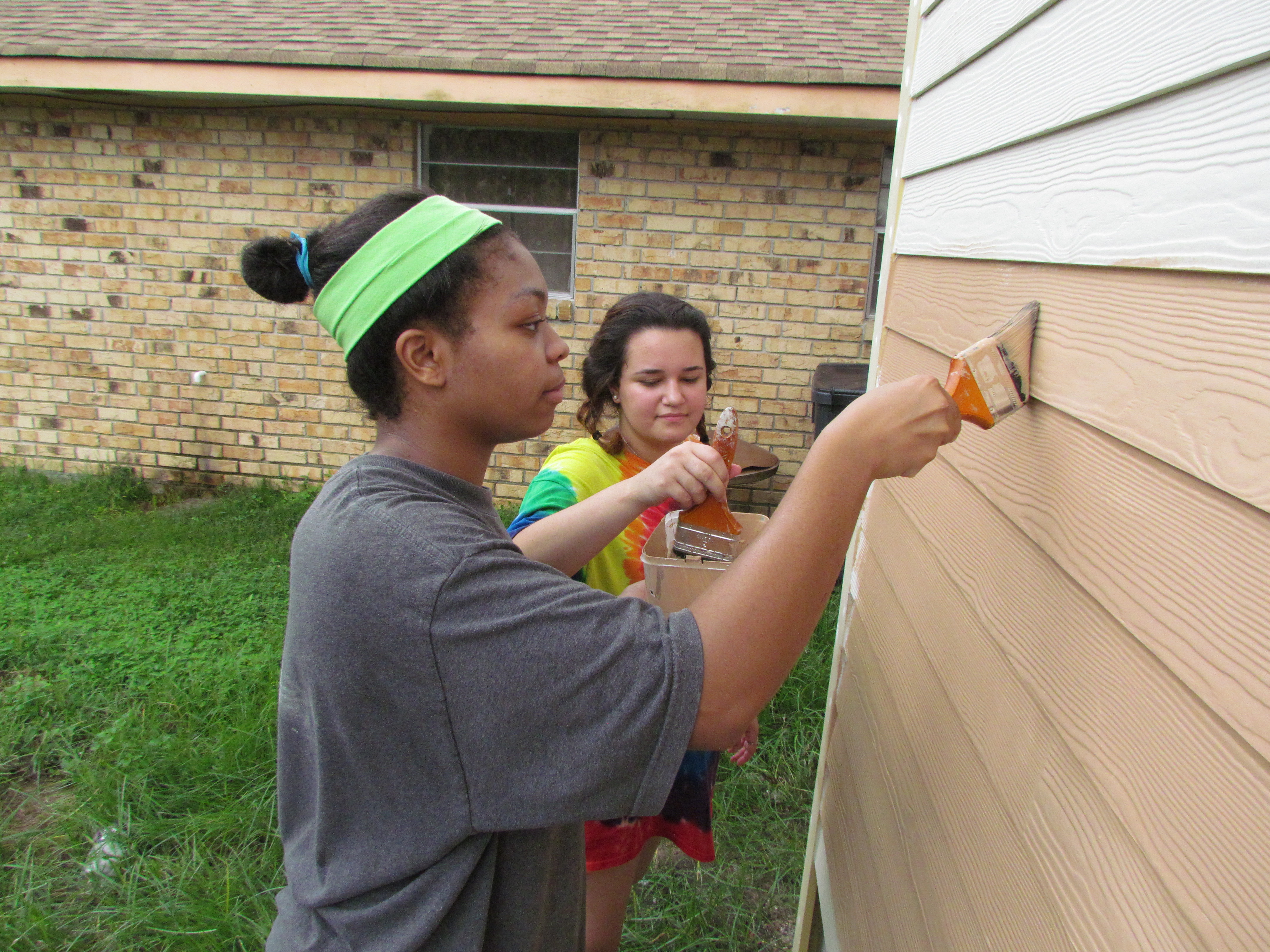 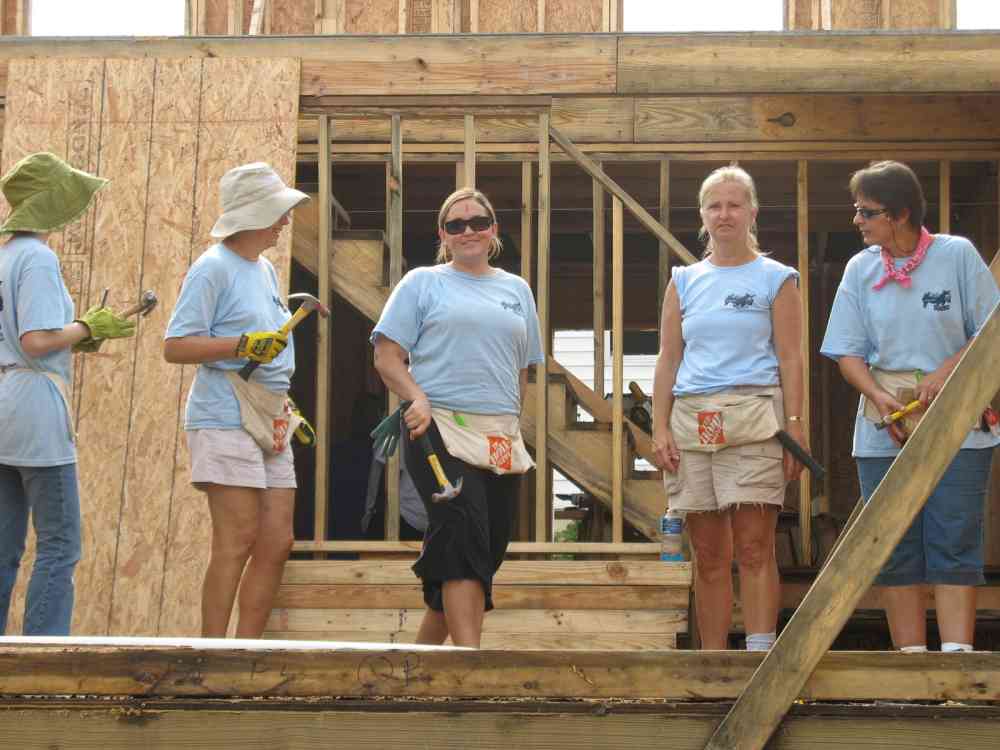 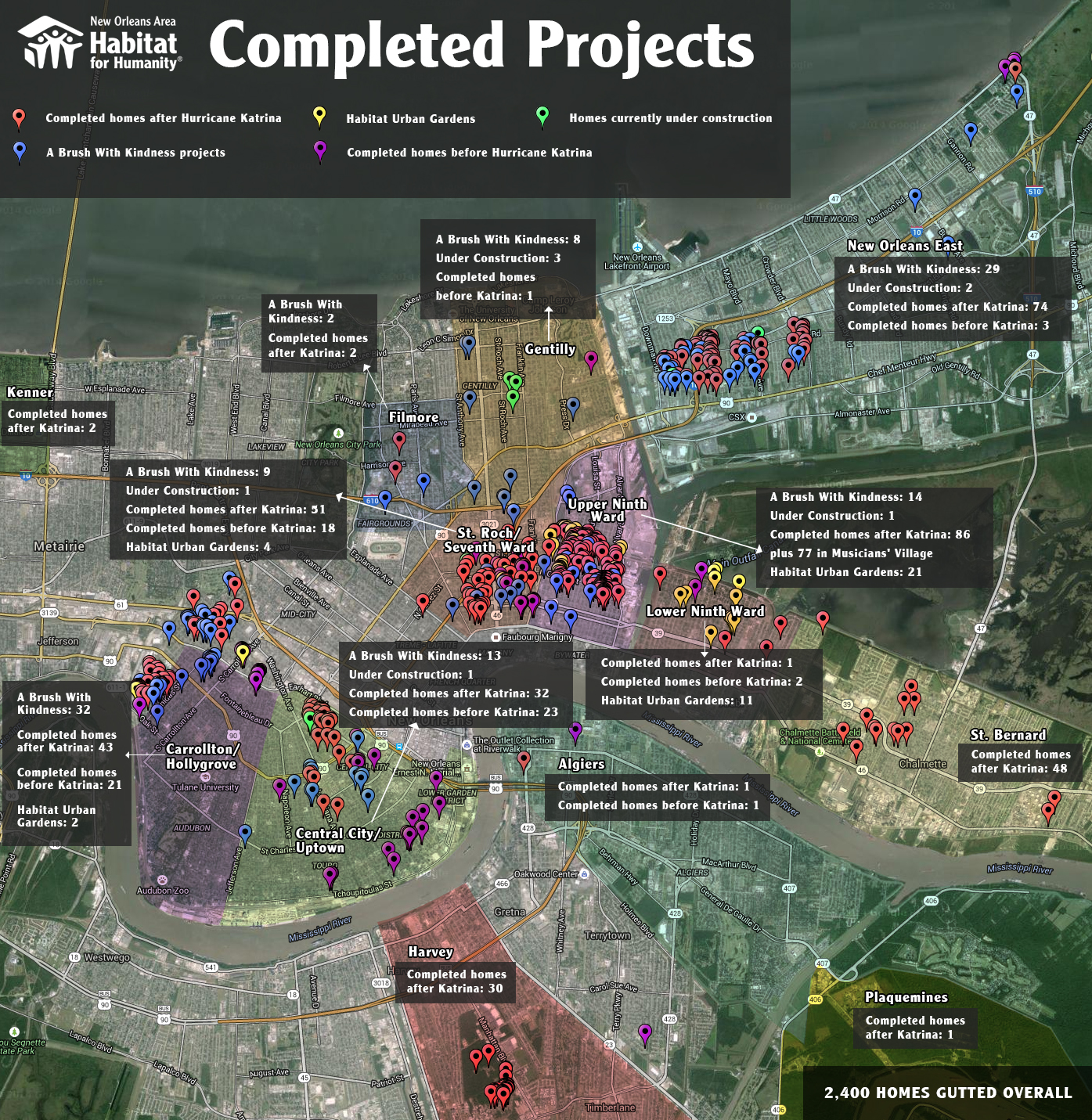 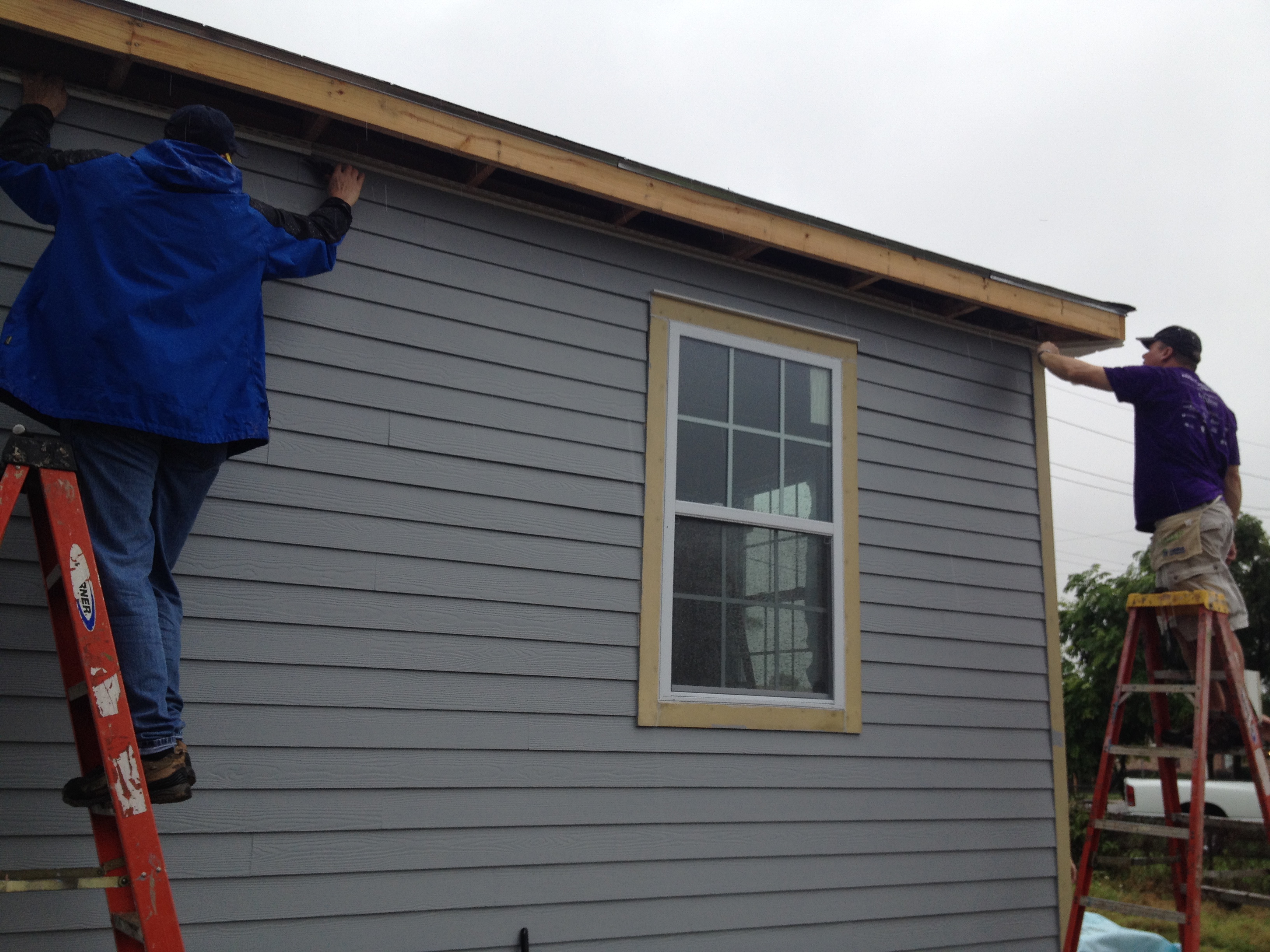 The American Bankers Association (ABA) joined NOAHH on Saturday, October 19, for a slightly damp volunteer experience that helped progress a pair of homes in New Orleans East for a hard-working Habitat partner family. In honor of Ambassador-at-Large Thomas Laired, ABA made a generous donation to NOAHH in conjunction with their hard work.

ABA’s commitment to Habitat began with NOAHH in 2001. There have been 13 ABA builds during their annual conventions around the country since then.

The homes ABA worked on will belong to the Breaux and Steward families when they are completed. The families will be joining the 48 other families who have (or will soon have) Habitat homes in New Orleans East.”